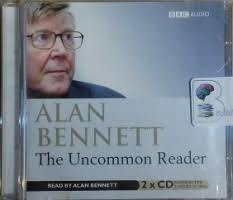 Alan Bennett, playwright, screenwriter, actor, and author, publishes a diary of a bad year (?) in LRB:

'16 November. As I grow older, I see less and less reason for varying my wardrobe. It’s true that without being particularly clothes-conscious I’ve by now accumulated enough clobber to last me the rest of my days. I’m occasionally short of a shirt, but a tie never. Even so, I’m slow to ring the changes and find myself wearing the same tie for weeks at a time. I must have twenty or thirty ties, most of them from the charity shops haunted by R, where one can still find the plain-coloured narrow ties I’ve always gone in for. The one I find myself most often wearing looks like and maybe is an old school tie, silk seeming (but actually terylene) in navy blue with a yellow stripe. It still carries its ancient Cash’s name tape identifying the original owner as one Justice; maybe it was his house tie or his colours, either way not a badge of identity to which I’m entitled. I once worked with the actor Barry Justice, but I’ve no reason to think my tie was his. Still, it bestows on me a not unpleasing air of false pretences, though its main message these days must be that here is someone old-fashioned. In the two plays I’ve set in schools, Forty Years On (1968) and The History Boys (2004), the boys all wore school ties which very few of them knew how to knot, the few who did coming up with a Windsor knot. At my own far from aspirational grammar school this style was frowned on and may even have been forbidden. Significantly, it’s a fashion I associate still with footballers in mufti.'

I haven't reached this zen state yet, but it's true that I'm buying less clothes than approximately fire or ten years ago.
Maybe I should aim for a personal shopper in 2020, also a personal shopper can be labeled positive decadence.