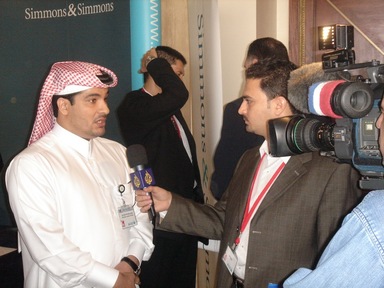 Stratfor writes about the killing of Benazir Bhutto: ‘Al Qaeda’s Dec. 28 claim of responsibility for the assassination of Benazir Bhutto was not transmitted through the organization’s usual messenger, Al Jazeera. This change probably resulted from a deal between the United States, Qatar and Saudi Arabia.
Rather than using Al Jazeera, al Qaeda spokesman Al Qaeda Mustafa Abu al-Yazid — likely working through elements connected to Pakistan’s intelligence apparatus— transmitted a message via phone to Italian news agency Adnkronos International (AKI) and Hong Kong-based Asia Times Online. Asia Times Online previously has published several articles quoting both Pakistani intelligence and jihadist sources.
The other announcement concerning al Qaeda’s involvement in the attack also originated in the Pakistani security establishment. The Pakistani Interior Ministry said the government intercepted a conversation in Pashto between Baitullah Mehsud, Pakistan’s most prominent Taliban leader, and an al Qaeda commander identified as Maulvi Sahib in which both men congratulate each other for the “spectacular job.” With blame already being cast on the government of Pakistani President Pervez Musharraf for the assassination, the government evidently is taking great care in trying to clear itself of any involvement in the attack.’

One wonders what kind of deal has been closed between the US, Qatar and Saudi Arabia. If Stratfor is right of course.