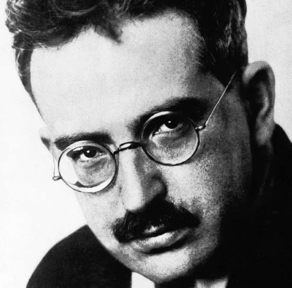 Ten days ago or so a friend told me that the Peter Brooks's essay in NYRB on Walter Benjamin's "Storyteller Essays" was worth reading, he was absolutely right:

'If storytelling is dying out, so is the art of listening: the creation of a community of listeners around the storyteller. And beyond that, the very communicability of experience is threatened with loss. We no longer know how to share our experiences; we have been impoverished by the shock of the Great War and its sequels:

A generation that had gone to school in horse-drawn streetcars found itself under open sky in a landscape in which only the clouds were unchanged and below them, in a force field crossed by devastating currents and explosions, stood the tiny, fragile human body.

The war that destroyed high European culture is both the symbol and the historical event of the decline of shared experience passed on as wisdom.

Story requires a state of relaxation akin to boredom: “Boredom is the dreambird that broods the egg of experience,” writes Benjamin in a sentence worthy of the Surrealists. He quotes Leskov’s opinion that storytelling is not high art but a craft—“ein Handwerk”—and this leads him to reflect on Valéry’s meditations on the elaborate embroidery of Marie Monnier, the product of infinite patience and the unhurried acquisition of perfection. “The era is past when time did not matter,” writes Valéry. “Today no one cultivates what cannot be created quickly.” And then, in one of Benjamin’s sleight-of-hand transitions, this loss of patient practices of handwork parallels the fading of the “idea of eternity,” which in turn suggests that “the idea of death has lost persuasiveness and immediacy in the collective consciousness.” Death has ceased to be public, and in the process it has lost its authority, which “lies at the very source of the story.”

Now Benjamin can make what may be the central pronouncement of his essay: “Death is the sanction of everything the storyteller can relate. It is death that has lent him his authority.” This authority of death, reflected in the way a storyteller such as Hebel recounts the passage of time—in which the Grim Reaper reappears with the regularity of his figure in a church clock—sets up the contrast to the novel, which Benjamin sees, in the extraordinary phrase from Lukács’s The Theory of the Novel, as a “form of transcendental homelessness.” Lukács sets the novel in contrast to the epic, in which meaning inhabits the life of the hero, whose exploits carry it into eternity. In the epic, meaning is immanent to life, whereas in the novel, Lukács writes, “meaning is separated from life, and hence the essential from the temporal; we might almost say that the entire inner action of the novel is nothing but a struggle against the power of time.”'

'What this demonstrates, in Benjamin’s use of Lukács, is a fundamental distinction between story and novel. In the one, we have the “moral of the story”; in the novel, it is a question of the “meaning of life.” Whereas the listener to the story is in the company of the storyteller, the reader of the novel is “solitary, more so than any other reader.” He appropriates the novel, “devours the book’s contents as fire consumes logs in the fireplace.” What readers look for in the novel is that which is inaccessible to them in their own lives: the knowledge of death. It is with the end of a life that its meaning becomes apparent. And that is what we seek in the death (which may be figurative but is preferably literal) of the fictional character: “The flame that consumes this stranger’s fate warms us as our own fates cannot. What draws the reader to a novel is the hope of warming his shivering life at the flame of a life he reads about.”

So it is that solitary modern readers consume fiction in order to understand the meaning of life by way of a surrogate who has reached the end and thus retrospectively cast meaning on all that has gone before. The end-orientation of novels, their constant attempt to transform experience into meaning, or, in the terms used by Jean-Paul Sartre, to make living into adventure, into a life with a destiny, may be what fictional narrative is all about (and why Sartre eventually found it untrue to experience). It is designed to rescue meaning from passing time.'

'Framed or embedded tales—tales within tales—were popular with nineteenth-century writers, not only Balzac but also Maupassant and Kipling and Saki and Conrad, to name just a few, no doubt because they can dramatize listeners’ reactions to and interpretations of what they have heard. Think of the telling of and the listening to Marlow’s account of his adventures with Kurtz on board the ship Nellie anchored in the Thames estuary in Conrad’s Heart of Darkness. By the time Marlow has done with his tale, its grimness seems to have infected the whole scene. It has been so absorbing that the Nellie, bound down the river, has lost the turn of the tide. And we reach the final line:

The offing was barred by a black bank of clouds, and the tranquil waterway leading to the uttermost ends of the earth flowed somber under an overcast sky—seemed to lead into the heart of an immense darkness.

Marlow has in the course of his tale come face-to-face not only with Kurtz’s transgressions of civilization and his bleak death but also with his last words, his final pronouncement on life: “The horror! The horror!” If Marlow continues to affirm that Kurtz was “a remarkable man,” it may be because his scene of death confronts ethical nihilism and existential nothingness without flinching.

Heart of Darkness offers matter for all sorts of reflections on the place and effect of storytelling, coming to us in a written simulation. By Conrad’s time—well on the way to Benjamin’s—the oral tale has taken up its home within the written and the printed; it is tinged with a sense of its belatedness, so to speak. Balzac stands at the point where the oral tradition still exists but will be saved only by transcription—just about the moment when the Grimm Brothers were assembling their Kinder- und Hausmärchen (the first volume was published in 1819) in order to preserve an oral tradition in print. Balzac’s nostalgia for oral storytelling (a kind of “Old Régime” of narrative, he calls it) is traversed by his lucid awareness that he writes and publishes at the dawn of what came to be known as “industrial literature” (the phrase was coined by the critic C.A. Sainte-Beuve, who disliked Balzac intensely, to describe novels serialized in daily newspapers and designed to make money).'

'The threat to both tale and novel is in fact the same: information (which might best be expressed today, says Samuel Titan in his fine introduction, as “data”). Storytelling risks degradation by its promiscuous overuse in public life. “Story” has entered the orbit of political cant (candidates now all have “great stories” in their backgrounds; “I love his story,” said George W. Bush of one of his cabinet appointees) and corporate branding. The media proclaims story everywhere, as if that were the only form of understanding left in our civilization.

This saturation by the mindless promotion of story argues the need for Benjamin’s rich and acid analysis of culture by way of its literary exemplars, themselves largely dissenters from cultural consensus. Critical attention to the way stories are told and the way they work on us, their listeners, is ever more crucial, in politics, in law, in narratives of “who we are,” as a nation as well as individuals. Failure to understand narrative and its persuasive effects has consequences for the polity itself. When we fail to see stories as ways of representing reality and take them for reality itself, they become myths, such as of the “master race” or the “invasion” of our nation by murderous immigrants. We seem to find ourselves in a confusion of living and telling that needs constant critique.

Benjamin’s analysis of the dying arts of telling and listening to stories is at once an affirmation that other forms—and all forms—of narrative need to be analytically engaged since they are crucial to our self-understandings. He concludes his essay with the vatic observation: “The storyteller is the figure in which the righteous man encounters himself.” But the essay convinces us equally that beyond righteousness in any simple sense, the novel at its most powerful offers us our best understandings of what it means to live, to have lived, to construct a life.'

A few things are rather important here.

What the novel really wants to do is transform experience into meaning, knowing that meaning is separated from life, so we need an artificial tool to reunite life and meaning. I'm doubtful whether the novel is the only tool, but it is definitely an important one.

The story has become a form of corporate, political or even individual branding, it's useless to be upset about this development, it was probably unavoidable, but it is good to keep in mind what separates the story from the novel, and Mr. Brooks's warnings that the representation of reality should never be confused with reality are useful. Although it's equally dangerous to believe that all reality is invisible and that there are only unreliable representations of reality.

A story is a tool to sell something. A novel offers the transformation of experience into meaning, through the novel it is always death that speaks to us, as if to remind us that we can only really know what it means to be alive from the other side of the grave.