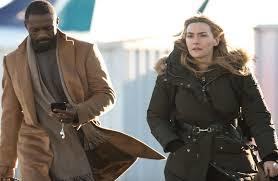 This afternoon I went to the Film Museum in Amsterdam (Eye) for a screening of a documentary on the director Hany Abu-Assad, who once asked me to write a screenplay for him, he even managed to turn this screenplay into a movie. The movie flopped and that was probably not only his fault.
I always liked his charm and his energy, even though it's the energy of a poker player who knows that bluffing is his main weapon. I was therefore happy to see Hany again this afternoon.
But afterwards during a short q and a the director of the documentary was asked why the documentary has not been sold to a Dutch television station yet, one of the answers he gave, I assume in jest: "The Jews are probably not behind it."
Or maybe he said: "The Jews are behind it."
Was it really a joke? Whatever, sometimes the irony, or maybe even the lack of irony, is unpleasant enough, to say the least. The difference between sheer stupidity and moral decline is razor thin.