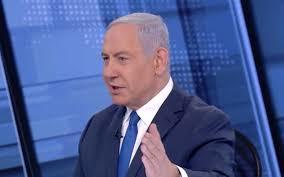 On old and new, on sorcerers - Chemi Shalev in Haaretz:

'1. Prime Minister Benjamin Netanyahu’s scored a stunning victory in Monday’s elections, the sweetest and potentially most momentous in his long and illustrious career. His triumph, despite the albatross of three criminal indictments hanging around his neck, is undeniably stupendous. He has fully justified his reputation as the all-time master magician, if not supreme sorcerer, of Israeli politics.
2. Netanyahu ran the most ruthless, sleazy, deceitful and dishonest election campaign in Israeli history, which was also the most precise and lethal. He assassinated his rival Benny Gantz’s character with doctored videos, sexual innuendos, malicious rumors and deliberate distortions. His success will whitewash his dirty campaign, which will be scrutinized, dissected and admired throughout the populist, nationalist world.'

'8. Monday night was one of the most festive and jubilant for Netanyahu’s supporters, one of the most frustrating and despondent for his opponents. Netanyahu’s fans saw his victory as a triumph over the leftist-Ashkenazi-secular cabal that had, in their eyes, denigrated them and discriminated against them since time immemorial. For Netanyahu’s opponents, who have long viewed themselves as representing the true values of good old Israel, it was a night of humiliating repudiation by their fellow citizens. For some, it will be remembered as the night they tore old Israel down.'

'There’s more and more about Israel that’s easier to grasp if you’re a Muslim from Beirut than if you’re a Jewish New Yorker. This is a key trend in the country right now, and Nasrin’s riding it.'

Tel Aviv is moving closer and closer to Beirut and moving farther away from prewar Warsaw, inevitable probably.

Europe itself is, as I stated before, moving away from Europe, from the idea that Europe once was. We should not be too mournful about that.
Let's just say this, the American elections in 2016, the Brexit referendum that same year, the UK elections last year, the Israeli elections today all confirmed that the ideals of the enlightenment have been largely discarded. Not that all of them were that great.
What remains is ruthlessness, sleaziness, deceitfulness and dishonesty.