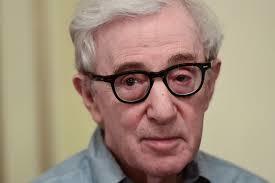 On the power of the people, at least some people - John Williams in NYT:

'Hachette Book Group on Friday dropped its plans to publish Woody Allen’s autobiography and said it would return all rights to the author, a day after its employees protested its deal with the filmmaker.

“The decision to cancel Mr. Allen’s book was a difficult one,” a spokeswoman for the publisher said in a statement. “We take our relationships with authors very seriously, and do not cancel books lightly. We have published and will continue to publish many challenging books. As publishers, we make sure every day in our work that different voices and conflicting points of views can be heard.”

But she added that Hachette executives had discussed the matter with employees and, “after listening, we came to the conclusion that moving forward with publication would not be feasible for HBG.”'

The journalist Ronan Farrow, whose book “Catch and Kill” was published by another Hachette imprint, criticized Hachette in an email exchange earlier this week, calling its decision to publish Mr. Allen’s book a betrayal. “Your policy of editorial independence among your imprints does not relieve you of your moral and professional obligations as the publisher of ‘Catch and Kill,’ and as the leader of a company being asked to assist in efforts by abusive men to whitewash their crimes,” Mr. Farrow wrote to Michael Pietsch, the chief executive of Hachette.

Mr. Farrow, whose reporting on accusations of sexual assault against Harvey Weinstein and other powerful men helped touch off the #MeToo movement, is Mr. Allen’s son with the actress Mia Farrow. Mr. Farrow and his adopted sister, Dylan Farrow, have long accused Mr. Allen of molesting her when she was a child, allegations he has denied. Mr. Allen was not charged after two investigations.

Mr. Pietsch, in an interview on Tuesday, defended the decision to publish Mr. Allen’s book and said the company’s imprints don’t interfere editorially with one another. “Grand Central Publishing believes strongly that there’s a large audience that wants to hear the story of Woody Allen’s life as told by Woody Allen himself,” he said. “That’s what they’ve chosen to publish.”

On Thursday, Hachette employees staged a walkout to protest their company’s plans. Hachette subsequently said it would have “a fuller discussion” with its staff members.

'Mr. Allen, an Academy Award-winning filmmaker, has seen his legacy tarnished by the allegations about his daughter. An agent representing him had approached several publishers since late 2018 but was “met with indifference or hard passes,” The New York Times reported last year. In November, Mr. Allen and Amazon settled a breach of contract lawsuit after the company backed out of a multi-movie deal with Mr. Allen after #MeToo allegations from the 1990s resurfaced against him. Mr. Allen filed the suit against Amazon earlier last year.

Following the announcement of the book’s cancellation on Friday, Suzanne Nossel, the chief executive of the free-speech nonprofit PEN America, called the situation “something of a perfect storm.”

This incident, she said in a statement, “involved not just a controversial book, but a publisher that was working with individuals on both sides of a longstanding and traumatic familial rupture. This presented unique circumstances that clearly colored the positions staked out and decisions taken. If the end result here is that this book, regardless of its merits, disappears without a trace, readers will be denied the opportunity to read it and render their own judgments.”'

Oh irony, I just checked, Mein Kampf, the infamous bestseller by The Führer, ranked nr, 3,386 on Amazon's bestseller list, the book is on sale for $10.35.
But Mr. Allen's biography cannot be published, that's a bridge too far.

For the record: "Mr. Allen was not charged after two investigations."

Yes, the investigators might have been wrong. Yes, who knows, maybe Mr. Allen has molested a child.
But there is this important principle: not guilty until proven otherwise.

And: we should (almost) never reduce a person to the crimes he may have committed. We can make exceptions for certain war criminals. This is one of the main reasons why I'm against the death penalty and against life in prison without the possibility of parole. The punishment itself is always a defeat.

But to press a publisher to not publish a book by somebody who might or might not be guilty of a crime is a benign stalinist strategy. Benign because the secret police is not yet knocking on the door of Mr. Allen.

If we allow this to happen, if we allow that only the squeaky-clean people can speak and publish their books, in the name of justice and morality of course, we deserve much worse than Trump.