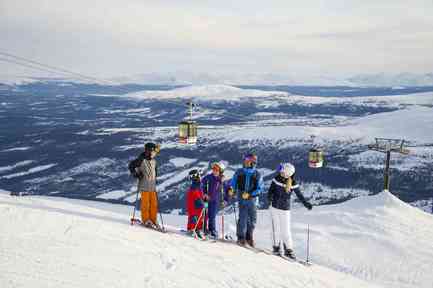 'The state epidemiologist, Anders Tegnell, said in an interview that Sweden’s strategy is based on science and boiled down to this: “We are trying to slow the spread enough so that we can deal with the patients coming in.” Sweden’s approach appeals to the public’s self-restraint and sense of responsibility, Mr. Tegnell said. “That’s the way we work in Sweden. Our whole system for communicable disease control is based on voluntary action. The immunization system is completely voluntary and there is 98 percent coverage,” he explained.'

'In explaining Sweden’s current strategy, experts point to other underlying factors: The country has high levels of trust, according to the historian Lars Tragardh, and a strict law in the Constitution prohibits the government from meddling in the affairs of the administrative authorities, such as the public health agency.

“Therefore, you don’t need to micromanage or control behavior at a detailed level through prohibitions or threat of sanctions or fines or imprisonment,” Mr. Tragardh said in a phone interview. “That is how Sweden stands apart, even from Denmark and Norway.” The government has deferred to the agency’s recommendations to fight the virus, which has infected more than 600,000 people and killed more than 27,000 worldwide by Saturday. If the health agency were to say that closing borders and shutting down all of society was the best way to go, the government would most likely listen.

Mr. Tragardh said Swedes’ level of trust was manifested in other ways: Not only do citizens have confidence in public institutions and governmental agencies and vice versa, but high social trust exists among citizens, as well.

That is evident in the country’s approach to the virus. Norway did not completely shut its 1,000-mile land border with Sweden, but most people returning from abroad must enter a two-week quarantine (Reindeer herders and daily commuters are exempt.) Finland closed the borders of its most populous region — which has 1.7 million people and includes the capital, Helsinki — for three weeks to fight the outbreak there.

Norway limited groups outdoors to no more than five people, and those indoors must keep a distance of more than six feet (except relatives). Denmark closed its borders, sent public workers home with pay and encouraged all other employees to work from home. It shut nightclubs, bars, restaurants, cafes and shopping centers, and banned gatherings of more than 10 people outdoors.

Early in the outbreak, some event organizers suggested they would try to get around the crowd limit by allowing precisely 499 ticket holders into their venues. (That stopped when cases of Covid-19 were confirmed among staff members.)

Mr. Tegnell, the state epidemiologist, said that is why bans don’t work: “People find ways around the rules.” He also said he did not believe Sweden was a maverick and did not understand its neighbors’ strategy. “Closing borders at this stage of the pandemic, when almost all countries have cases, to me does not really make sense,” he said. “This is not a disease that is going to go away in the short term or long term. We are not in the containment phase. We are in the mitigation phase.”'

We will see whether Sweden's approach was wise, but Mr. Tegnell's remark that bans don't work, because people will find ways around the rules, appears to me a sign of wisdom.

You can be an excellent epidemiologist, but to be an effective one you need to understand the psychology of the masses.