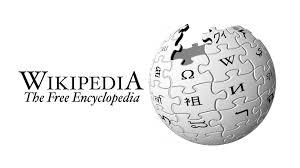 On Wikipedia - Omer Benjakob in Haaretz:

'The COVID-19 pandemic traffic surge has brought with it special challenges to the web – from the struggle of Netflix to meet streaming demands, to the deluge of viral fake news relating to the virus – deemed an “infodemic” by the UN.
The misinformation ranges from false theories about the origins of the virus to suggestions to drink tea to lower fever, as well as claims that vaccines exist but are being withheld by dark forces. YouTube, Google, Twitter and Facebook have all taken drastic steps to curb the spread of such materials – warning readers against certain posts, and referring readers to the World Health Organization website for reliable information. They also are working with the WHO to take down content the latter deems dangerous. While efforts by the commercial online giants have been mostly successful – Wikipedia is not just doing its part, it’s actually having its moment. Since the start of the year, its English-language articles about the virus alone have registered over 115 million views, and in recent weeks alone, more than 40 million have read COVID-19 entries in all of Wikipedia’s languages.'

'Need a facemask? Why not just create one with your 3-D printer one from Wikipedia’s’ database of images (it even comes with folding instructions). Wondering about death rates in different countries? Wikipedia’s main table for coronavirus casualties updates itself hourly across languages, with data taken only from official sources. If that’s too hard to absorb, you can check out any one of Wikipedia’s graphic visualizations of data about the spread of coronavirus, based on material from its sister project Wikidata. Wikipedia’s educational arm, too, is working to create and share learning resources for cuts stuck at home, as schools around the world have been shuttered.'

'The reason Wikipedia has done so well in the past few weeks is because it was prepared, having already acquired infodemic immunity. By the time COVID-19 first reared its head, in China late last year, Wikipedia had already experienced numerous public-health scares, including the SARS outbreak of 2003 and the Zika scare that began in 2015. With each new outbreak, it’s as if its editorial immune system kicks in.
Wikipedia’s immunity can be credited to people like Dr. James Heilman, a Canadian emergency room physician, and Shani Evenstein Sigalov, a member of the Wikimedia Foundation’s board of trustees, both of whom have led WikiProject Medicine – a special group of editors across the globe focused on overseeing safeguarding Wikipedia’s medical and health articles. Heilman, who first set up the project, has been working frantically alongside others in recent weeks to maintain the COVID-19 articles, which fall under the project’s editorial auspices.
“Our editing community often concentrates on breaking news events in which content develops rapidly. The recent outbreak of the novel coronavirus has been no exception,” explains Heilman. Two main elements in Wikiproject Medicine’s response are deciding which articles to “lock” from public editing and maintaining a very rigid sourcing policy, so that only experienced editors familiar with the project’s editorial standards can actually contribute.
Generally, anyone can edit a Wikipedia article. The exceptions are articles about contentious subjects (such as Israel/Palestine) or about topics in the news, which can be locked to anonymous editing so as to prevent vandalism, if enough registered editors vote for such a move. Locking an article, says Heilman, “is standard during these sorts of events [medical scares], as some level of vandalism is inevitable. Standard mechanisms however allow the community to rapidly correct inaccuracies and unsourced or poorly sourced content. Our emphasis is on not only using, but actually requiring high-quality sources to allow us to rapidly remove inaccuracies.”'

'“Keeping Wikipedia reliable and up-to-date involves deleting material just as much as adding it, Heilman summarizes. “It appears that Facebook and Twitter have no mechanism to suppress false information rapidly or at scale – even in English,” he says. Victor Grigas, another volunteer, sums up the comparison to social media aptly: “Wikipedia has a bullshit detector. Wikipedia is run by volunteers who like to be volunteer police. It’s built -into the thing. Facebook just doesn’t have this.”'

The comment that Wikipedia is not the most reliable source has become a trite remark, at least in my experience. Although I've to admit, lately I haven't heard the remark that often.
A trite remark, and untrue as well, at least according to this article.

And It's not only medical information that's quite accurate on Wikipedia, the page on 9/11 for example appears to me well informed, well documented and as objective as possible. Probably, the more obscure the topic is, let's say a not so well-known painter from Belarus, the higher the chance that false information won't be detected, or only after a long period of time.

The spread of conspiracy theories is one of the biggest dangers to liberal democracies. It's good to know that at least Wikipedia is not spreading false information, blatant lies, and apologies for anti-Semitism, racism and others sorts of resentment.