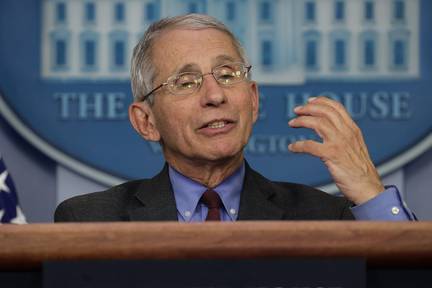 On evolutionary and other sorts of competition - Michael Specter in The New Yorker:

'The Nobel Prize-winning molecular biologist Joshua Lederberg, who died in 2008, was for years the world’s most visionary voice about emerging infectious diseases. “Some people think I am being hysterical, but there are catastrophes ahead,” he once wrote. “We live in evolutionary competition with microbes—bacteria and viruses. There is no guarantee that we will be the survivors.”

In 2003, Lederberg joined the future F.D.A. commissioner Margaret Hamburg and the pandemic specialist Mark Smolinski to edit a seminal report, in which prominent scientists argued for a much more aggressive defense of the planet. Titled “Microbial Threats to Health,” the report recommended that the U.S. greatly expand its early-warning systems, particularly in the developing world. It also urged leaders to strengthen their ability to respond to microbial threats, with new efforts on the federal, state, and local levels. The recommendations were almost completely ignored.

The next year, a highly pathogenic form of avian influenza, H5N1, leaped from waterfowl to chickens and then to humans. Public-health officials were petrified. In Bangkok, I met with Scott Dowell, who led the Thailand office of the C.D.C.’s International Emerging Infections Program. “The world just has no idea what it’s going to see if this thing comes,” he told me. He paused and then reframed his thought. “When, really. It’s when. I don’t think we can afford the luxury of the word ‘if’ anymore.”

In a sense, the world was lucky with H5N1. Although the U.S. and other countries mounted a diffident response, the virus turned out to be deadly but not very contagious. Five years later, the situation was reversed. A new influenza virus, designated H1N1, infected nearly a quarter of the global population before vaccines became widely available. This time, the virus was highly contagious but not nearly as deadly as most strains of influenza. The fact that the outbreak was less virulent than public-health officials had feared created its own danger; by encouraging complacency, it did more to expose the world to the risk of a devastating new pandemic than anything else that had happened in decades.'

'Because the flu virus evolves so rapidly, experts deciding how to formulate vaccines can make only a highly educated guess about which strains are most likely to make people sick. Each February, epidemiologists study outbreaks around the world—especially in the Southern Hemisphere, where flu season is under way—to assess which strains might make their way north. The result is always better than nothing. In many years, though, it is woefully inadequate. In the flu season of 2014-15, the vaccine protected less than a fifth of the people who received it. In 2017-18, it worked for a little more than a third.

Fauci has long supported the development of an alternative: a universal influenza vaccine, which would provide lasting defense against all strains. “Similar to tetanus, a universal flu vaccine probably would be given every ten years,” he said. “And, if you get one that is really universal, you can vaccinate just about everyone in the world.” But such a vaccine would cost hundreds of millions of dollars to develop and test—and would replace a product that most consumers already think of as good enough. No one has come close to raising the money that such a project will require.

By the beginning of the new millennium, it had become clear that the next microbial threat might not come from a bat or a duck. It could just as well be created by a human being. After the terrorist attacks of September 11, 2001, anonymous letters laced with deadly anthrax spores began arriving at media companies and congressional offices. In the following months, twenty-two people were infected by inhaling anthrax and five died. Suddenly, biological terror posed an entirely new threat—one that has become only more significant and complex in the ensuing years. In 2016, James Clapper, who was the director of National Intelligence during the Obama Administration, listed gene editing as a potential weapon of mass destruction. Many scientists were furious, but he had a point. Researchers have deployed these tools to rewrite the genes of mosquitoes so that they are unable to transmit malaria. If their success in the lab translates to the field, it will be a historic triumph. But the research also raises an alarming possibility: if a scientist can modify the genes of an insect to protect people from malaria, he could almost certainly use the same technology to add a deadly toxin.

Fauci often cites a similar but more immediate paradox. Thanks to genetic engineering, we are more equipped than ever to respond to the threat of a viral pandemic. After the covid-19 outbreak began, it took scientists less than a month to sequence the genome of the virus. By the end of February, the instructions were on the Internet, and the virus had been re-created in laboratories around the world, by scientists seeking to develop drugs and vaccines.

And yet, despite our mastery of molecular biology, we live in an era in which someone can wake up with an infection in China—or France, Australia, or any other place with an airport—and fly to San Francisco in time for dinner, spreading the virus long before he suspects that there’s anything wrong. For most of human history, a virus like covid-19 might have killed many people in the community where it originated, but then stopped spreading. According to a comprehensive analysis carried out by the Times, at least four hundred and thirty thousand people have arrived in the U.S. on direct flights from China since the outbreak began. Forty thousand have arrived in the two months since Trump imposed restrictions on travellers from China trying to enter the country.

Fauci insists that an adequate defense against future pandemics will have to be flexible. “I have been saying for eight, ten years that we should make a list of microbes and try to develop a basic platform vaccine,” he told me in 2016. A platform vaccine addresses an entire class of virus, not just a particular strain. “We keep trying to develop a vaccine for one thing—usually the last one—and it’s a waste of time,” he said. “Every time we get hit, it is always something we didn’t expect. So, instead of predetermining what it is you’re going to prepare for, make universal platforms.”

Such an approach is eminently possible. Using gene-sequence information and synthetic DNA, biologists are now capable of making parts of a vaccine in advance. It takes almost no time to sequence a viral strain, and with that information it should be possible to complete a bespoke vaccine in a matter of weeks. “You could build a chassis for the vaccine, and you would have it on the shelf,” Fauci said. “Then all you would need to do is insert the gene of the protein you want to express and make a gazillion doses and send it out.”

There are even more futuristic aspirations: the genomics pioneer J. Craig Venter has proposed using a sort of 3-D printer to manufacture vaccines on demand. It is already possible to print the nucleotides that make up DNA and assemble them. Venter argues that, in the time it takes for an infected person to fly from one side of the world to the other, we should be able to print, assemble, and administer a vaccine.

To even contemplate creating these kinds of treatments, Fauci says, would require building an entirely new system for making vaccines before a pandemic arises. But, in addition to the scientific obstacles, this would cost billions of dollars, and no company or politician has been willing to spend the money. Perhaps, just as aids transformed our approach to clinical trials, our experience with covid-19 will change our attitudes about preventing infectious diseases. A proper investment in both research and emergency preparedness would have prevented at least some of the unspeakable human loss we are now experiencing and the economic crash that has just begun.'

'To plan a coherent biological future, rather than simply scramble to contain each new pandemic, will require an entirely new kind of political commitment. It would certainly include the creation of a permanent position, a special assistant to the President for biological defense. Similar jobs have existed in the past, but not for long, and not with enough influence to matter. David Relman, the Stanford professor, told me, “This kind of job needs somebody with the authority to preside over domestic and international threats, both natural and deliberate. And that person has to sit in the White House with immediate access to the President. Without that, we will really have nothing that can work.”

Until then, we have Fauci, a seventy-nine-year-old infectious-disease expert pinned between Donald Trump and the American people. It can’t be easy. As Fauci recently put it, with characteristic candor, “I give the appearance of being optimistic. But, deep down, I just do everything I possibly can, assuming that the worst will happen, and I’ve got to stop the worst from happening.”'

Probably, the evolutionary competition with microbes, bacteria and viruses has just begun - and as this article points out, human interference will make things worse. Genetic modification works two ways.

For many states i.e. for many politicians a coherent biological future will mean an even more powerful state. Isn't that a great excuse? We are in competition with bacteria and viruses, this is not the time to worry about freedom. Be happy that you are still allowed to live.