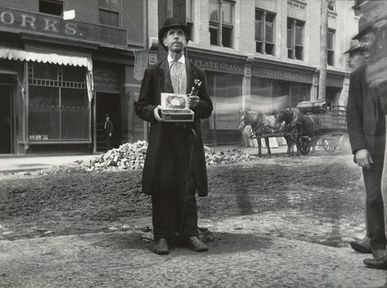 Last night, a beggar in the neighborhood of Oosterpark, Amsterdam, approached me. I had a twenty-euro-bill, I gave it to him. He looked at it suspiciously, said, “okay, thank you,” and then he walked away.

I was tempted to jump to conclusions about these two different types of behavior, I will resist the temptation.

Let me just say this: even if you are not a believer it’s always nice when beggars are asking God to bless you, or at least they claim that they will do this. In this way the transaction between you and the beggar is more equal. In return for the money the beggar will be your witness in front of God, whether God exists or not is not important.
In the unlikely event of a Godlike existence you have collected some beings who are willing to testify on your behalf. That’s not nothing.