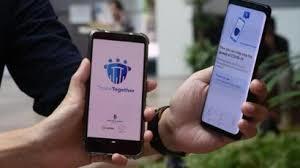 On your location data and other valuable information - Sue Halpern in The New Yorker:

'By presenting aggregated location data in an accessible and searchable format for epidemiologists studying covid-19, the project would enable researchers and policymakers to see how members of the public move around their communities. When paired with other metrics, such as the number of new infections or mortality rates, the data would guide policymakers as they grappled with when and where to lift stay-at-home orders. Facebook is also supplying the network with data. According to Buckee, correspondence between the various groups gives researchers confidence in the trends they are seeing. “One data set is not going to show what’s going on,” she said.

Location data are the bread and butter of “ad tech.” They let marketers know you recently shopped for running shoes, are trying to lose weight, and have an abiding affection for kettle corn. Apps on cell phones emit a constant trail of longitude and latitude readings, making it possible to follow consumers through time and space. Location data are often triangulated with other, seemingly innocuous slivers of personal information—so many, in fact, that a number of data brokers claim to have around five thousand data points on almost every American. It’s a lucrative business—by at least one estimate, the data-brokerage industry is worth two hundred billion dollars. Though the data are often anonymized, a number of studies have shown that they can be easily unmasked to reveal identities—names, addresses, phone numbers, and any number of intimacies. As Buckee knew, public-health surveillance, which serves the community at large, has always bumped up against privacy, which protects the individual. But, in the past, public-health surveillance was typically conducted by contract tracing, with health-care workers privately interviewing individuals to determine their health status and trace their movements. It was labor-intensive, painstaking, memory-dependent work, and, because of that, it was inherently limited in scope and often incomplete or inefficient. (At the start of the pandemic, there were only twenty-two hundred contact tracers in the country.)

Digital technologies, which work at scale, instantly provide detailed information culled from security cameras, license-plate readers, biometric scans, drones, G.P.S. devices, cell-phone towers, Internet searches, and commercial transactions. They can be useful for public-health surveillance in the same way that they facilitate all kinds of spying by governments, businesses, and malign actors. South Korea, which reported its first covid-19 case a month after the United States, has achieved dramatically lower rates of infection and mortality by tracking citizens with the virus via their phones, car G.P.S. systems, credit-card transactions, and public cameras, in addition to a robust disease-testing program. Israel enlisted Shin Bet, its secret police, to repurpose its terrorist-tracking protocols. China programmed government-installed cameras to point at infected people’s doorways to monitor their movements.'

'“We’re all too familiar with the historical record of crises, where new powers in the hands of governments and corporations lead to them holding on to them indefinitely,” Adam Schwartz, a lawyer with the digital-rights group the Electronic Frontier Foundation, told me. Schwartz pointed out that most of the sweeping investigative powers given to the intelligence community after the 9/11 terrorist attack are still in place nearly two decades later. As Senator Maria Cantwell wrote, on April 9th, in her opening remarks for a paper hearing by the Senate Committee on Commerce, Science, and Transportation on the role of Big Tech during the pandemic, “Rights and data surrendered temporarily during an emergency can become very difficult to get back.”'

'Studying mobility data isn’t about determining individuals’ risk levels; instead, it asks whether public-health risks are being appropriately managed. That’s especially useful for policymakers and health-care professionals, but, in the face of a virus that has us eyeing one another warily over our masks, understanding our personal vulnerability is the first thing most of us want to know. It would be easy to figure out if we’ve been in contact with someone who has tested positive for covid-19 if we were required to wear an identifying badge that displayed our infection status. But that goes against Americans’ expectations of civil liberties and privacy rights, even in a pandemic. Constant digital surveillance as we move through the day might accomplish the same thing, but it clearly violates our privacy. Even less comprehensive monitoring with digital technology that updates traditional contact tracing by alerting us when we’ve been near a person who is covid-19-positive “may fail to protect data, or can be misused or extended far beyond [its] initial purpose,” members of a pan-European consortium warned recently. Members of the group, known as DP-3T, are among a handful of technologists around the world building “proximity tracing” apps that aim to preserve privacy. They say that the software they have developed requires participants to opt in, does not store personal information, and will experience a “graceful dismantling” after the pandemic is over. The group has posted its code on the Internet, where it is available for free to health authorities.

The privacy-conscious contact-tracing software that has got the most attention, though, does not yet exist. On April 10th, the day after Cantwell’s hearing, Google and Apple announced that they were collaborating on a new software interface similar to the one developed by the academics in Europe. It will use low-level Bluetooth signals to alert anyone whose Android device or iPhone has come near a phone owned by an infected person in the past two weeks. Participation will be voluntary, and the companies say that no identifying data will be exchanged or stored. If a user is diagnosed with the coronavirus, it is up to them to inform the app, which then notifies anyone whose phone has been near that phone. It also assumes that the phones are being carried by their owners.

Will this work? Technically, yes: phones can communicate with one another. (As they do, third-party apps are likely to grab their location data, too.) Bluetooth, though, is notoriously glitchy. Will the app report contact between people who live in adjoining apartments because Bluetooth penetrates walls? What about people who are out for a walk in the open air? “Such false positives will both waste valuable resources in terms of testing people who were not actually exposed as well as cause people to turn off the app,” Susan Landau, a professor of cybersecurity at Tufts University, told me.'

'The Google-Apple application interface will be released in May to public-health agencies. In June, the companies plan to add the software to their operating systems. It’s too early to know how widely it will be adopted, if it will assuage people’s fears, whether it will improve health outcomes—or if, as the Cambridge University researcher Ross Anderson said, it’s just an expression of “do-something-itis.” Yet watching Big Tech, which has often played fast and loose with users’ personal information, embrace Buckee’s belief that public health and civic health should not be mutually exclusive is an encouraging development. “The rate of scientific collaboration and output right now is just astonishing,” she told me the first time we talked. A few days later, when I checked in with Buckee, she said, “It’s absolutely exhausting, often quite emotional, and completely all-consuming. I go to sleep thinking about covid-19. I wake up thinking about covid-19. It’s the same for everyone I know working on this. All my colleagues check on each other, we try to go outside at least once a day to walk and clear our heads, but usually we end up on a call while we’re walking. I don’t know how we can sustain this pace, but there is so much to do.”'

Read the article in The New Yorker here.

Rights and data surrendered during an emergency will probably never be given back. Don't fool yourself.

And I love the expression "do-something-itis” - it's common bias that activity is always better than passivity - in a democracy, and maybe also in certain dictatorships, this bias is woven into the fabric of the democracy and the state. Citizens expect politicians to do something. (Believers once expected God to do something, nowadays most believers only expect their rabbis, priests and imams to exercise power, religion as we know it is an alternative system of power distribution. The spiritual leaders are in bed with politicians, while acting as if they are taking the high ground. Their authority rests on God and backdoor deals, not on election victories.)

Quite often it would be better that politicians really do nothing, at least as less as possible, not even making their friends and money providers happy. That alone would be progress.