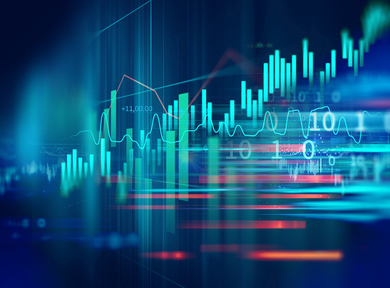 On 'infowhelm' - Heather Houser in NYRB:

'When we read the newspaper, turn on the television, or scroll through social media, we’re daily met with data: dizzying numbers of disease prevalence, fatalities, ventilators, unemployment claims; models predicting time to hospital overload, time to reopen for business. Many of us contribute to the burden of information that travels hand-in-hand with coronavirus when we share captivating visualizations of pandemic data. Covid-19 is undoubtedly testing our public health, medical, and economic systems. But it’s also testing our ability to process so much frightening and imminently consequential data.

All these data add up to the Covid-19 “infowhelm,” the term I use to describe the phenomenon of being overwhelmed by a constant flow of sometimes conflicting information. I first recognized the current data contagion with “flatten the curve” graphs comparing how lax versus strict social distancing measures affect infection rates and the surge of hospital admissions. These graphs are relatively simple, but they spurred at least two sobering realizations that produced a storm of pleas to #stayathome: first, that the health-care system was vulnerable to collapse at a time when it is most critically necessary; second, that we were likely to see a staggering number of infections and would be wise to spread them out over time to avoid depleting health care workers and resources.

These graphs were successful at spurring fast behavioral change and assertive public policies. But, as I outline in my recent book Infowhelm: Environmental Art and Literature in an Age of Data, a deluge of data often has muddier results. Infowhelm goes beyond simple overload—it’s characterized by the crucial complications that data are uncertain and evolving (testing has been flawed and even the six-foot rule is up for debate), they’re contested by those in power (President Trump and Brazilian President Jair Bolsonaro), and the stakes of taking action are enormous. Even if we could muster the willpower to go on a media diet right now, too much depends on our staying at least somewhat informed and all facets of daily life are so affected by Covid-19 data, from whether we’ll have a job next week to whether we can go on a grocery run, that a total cleanse is all but impossible.

The problem is not with information per se, but with our individual capacities to filter and assess it.'

'Yet, with the coronavirus pandemic, business isn’t proceeding as usual. The immediate harms of this threat have been more palpable to more Americans than climate threats tend to be. Most businesses and schools are closed, and billions of people worldwide are sheltering in place to mitigate the spread of the disease. Trillions of federal, state, and local dollars are being dispersed in rapid time, if not rapid enough for many facing financial ruin. Fossil-fuel consumption and oil prices have fallen so low that producers are paying people to take the surplus off their hands.

With stay-at-home orders stretching into their second month for many Americans, Covid-19 information continues to mount. New data and discoveries about the novel coronavirus, the disease it causes, how to treat it, and how to mitigate its physical and social harms, are still emerging. Uncertainty in the face of evolving information, which often modifies and sometimes contradicts earlier advice, can provoke denial when the situation requires the “precautionary principle,” a wonky phrase describing measures applied in situations in which our understanding of risk is still resolving. The precautionary principle is clearly either in play or being sidelined in a given country’s calculations and actions: New Zealand’s leaders, for example, acted aggressively to halt movement and social interaction at the first signs of coronavirus, whereas President Trump and his son-in-law and leading adviser Jared Kushner have equated precaution with alarmism.

Navigating the data deluge and government responses to it is especially challenging because few of us are trained in critical data consumption, or data literacy. We might be savvy personal data managers and heed advice to protect privacy while web technologies, but true data literacy is not widespread. Advocates are working to improve understanding of what data mean, how they’re presented, and how they’re used to mislead and exploit, especially with continuing accusations of “fake news” and awareness of social media manipulation.

The importance of data literacy became alarmingly apparent during the pandemic with reports of extreme racial disparities in the effects and outcomes of Covid-19. At the start of the virus’s spread in the US, news primarily highlighted a few factors that make people susceptible to falling gravely ill and dying: being over sixty, having a chronic health condition, being immunocompromised. After states and cities gradually started to aggregate patient data that took account of factors like race, ethnicity, and geography, our understanding of vulnerability soon assumed additional contours. As has now been widely reported, Black Americans and Native Americans are experiencing disproportionately higher rates of hospitalization and fatality than other Americans. Data literacy requires asking how different communities are affected differently and why—which ultimately involves questioning whose experiences come to “count” in the moral and political calculus of responding to crisis and allocating resources.

Data literacy also requires examining how data entangle with emotion in visualizations. Take, for instance, the widely circulated “heat map” of Florida beachgoers’ travels during spring break 2020. Tectonix and X-Mode created heat maps of several cities, but the one they pinned to their Twitter profile shows Fort Lauderdale, Florida. In promoting their Florida map, the designers capitalized on already existing antipathy toward wild youth and reckless Floridians. Whereas this is a relatively benign example of appealing to cultural biases and perceptions of risk, it indicates how data can be turned to the kinds of ethnic and religious scapegoating we’ve seen in the pandemic. The heat map also forges connections between movement and infection that spark anger, fear, and blame—which are known inducements for sharing information. The heat map shows the extent of people’s movements, not the travels of presumed or diagnosed Covid-19 patients. However, it echoes maps that public health organizations are disseminating to show the spread of the virus around the globe. That echo allows the mind to conflate movement and contagion and to interpret those specks of color as an infected person—who may be getting on a plane and landing in a city near you. While Tectonix may not be deliberately stoking hostility toward anyone, nor wittingly ramping up viewers’ stress levels, their maps remind us that data aren’t a zone of value-free knowledge stripped of feeling and cultural meaning.

We cannot avoid the Covid-19 infowhelm. Nor would we want to, given that individual and collective ignorance would endanger, not protect, us. But becoming skillful data consumers has become one of the responsibilities—as important as donning a face mask and caring for loved ones and neighbors—conferred by our present pandemic.'

This is an important point. Data has been used and is still being used to rationalize racism and antisemitism (overrepresentation in criminal statistics), to stoke fear, and indeed to confirm biases.
The question is: how to become skillful data consumers?

And isn't there an analogy with language? Most of us can read. The quality of the interpretation is sometimes rather low.