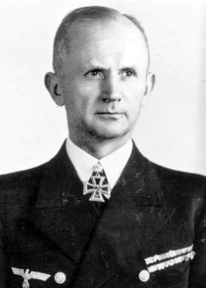 The day after its capitulation, the Third Reich made its last public announcement. Radio host Klaus Kahlenberg read aloud a message at 8:03 p.m. on the state-owned radio station in Flensburg. It began: "The Wehrmacht High Command announces."

Neither the High Command nor the Wehrmacht existed anymore. Both had unconditionally surrendered the day before. "The German Wehrmacht has been honorably defeated at the hands of massively superior forces. We are broadcasting the text of the final Wehrmacht report of the war. Radio silence will be maintained for three minutes."

'In Potsdam, Annemarie and Johann von Duhn sat on their terrace. He was a physicist. She was a musician. Until better times were upon them, she would continue keeping a diary. "Good weather is settling in, warm summer weather, which is lifting our spirits noticeably. Over at the Sachsenberg's house, 20 Russians looted and demolished everything. For three days, the Russians celebrated their victory with lots of shooting and drinking. They're constantly firing flak, the sky is full of exploding grenades."

Wolf Schneider, a future journalist, was also celebrating: He had turned 20 two days prior. His only gift was something he gave himself: "Survived the World War -- a future is possible." He had volunteered for the German air force and spent the war as a radio operator behind the front lines. By the war's end, he sat in a Canadian prisoner of war camp in Holland and feared one thing most of all: "Will we have to stay in Holland as forced laborers -- to drain the huge areas that German soldiers had flooded?"

In Mürwik, Hitler's successor Karl Dönitz awarded the Knight's Cross with Oak Leaves to Alfred Jodl, the head of the Wehrmacht's High Command. The 14 square kilometers (5.4 square miles) near Flensburg, on the fjord's eastern shore, were the last remnants of the German Reich. It was not fenced in or demarcated. It was a phantom state, populated by SS leader Heinrich Himmler, Wehrmacht Generals Jodl and Wilhelm Keitel and the Nazis' chief ideologist Alfred Rosenberg, who sat and drank in the officers' mess. The navy carried out three more executions for "serious desertion."'

The phantom state of the Third Reich continued near Flensburg. It would last till May 23, 1945.

Dönitz spent ten years in prison after he was found guilty in Nuremberg on some of the charges against him.