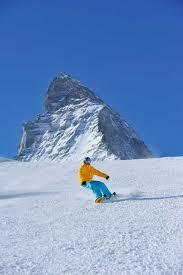 On traveling and tourism - Emma Graham-Harrison and Helena Smith in The Guardian:

'Countries that acted fast to bring the disease under control – at least for now – are exploring ways to open up a limited “bubble” for their citizens to travel without restriction. The first to discuss the idea were New Zealand and Australia.

Nine countries scattered across the world, but united in their successful handling of the virus are also actively seeking ways of setting up travel bubbles or corridors, broadening an unlikely alliance.

In their second meeting via teleconference on Thursday, the leaders of Austria, Greece, Israel, Norway, Denmark, the Czech Republic, Singapore, Australia and New Zealand agreed that as each begins to ease restrictions they could capitalise on low infection rates by creating tourism safe zones.

Israel, Greece and Cyprus – tourist-dependent nations – are already discussing the idea in the eastern Mediterranean, and hoping to partially open up from July. On Wednesday the European commission is expected to recommend a three-phase approach to reopening borders that brings together member states with “similar overall risk profiles”.

Any reopening would be very gradual however, with authorities prepared to shut back back down if the virus re-emerges.

And beyond these bubbles, travel is likely to be severely curtailed either by outright bans, or by quarantine rules. The UK, a laggard on quarantining by international standards, outlined its own plans at the weekend. The incubation period of the disease means most countries are requiring two weeks isolation on arrival.

If that is enforced in both departure and destination countries, it would mean a month under lockdown in total, in order for travellers to spend any time working or relaxing somewhere else – effectively putting an end to most business and tourism travel.'

'“My worry is that travel bans become a distraction from appropriately managing local transmission, that’s what happened in the US, where we could have had a policy of ‘test trace, isolate’, and the focus was on the travel bans instead,” said Alex Phelan, professor at Georgetown University Centre for Global Health, Science and Security.

“As it demonstrated, if you are going to be putting bans in place against countries, you are always going to be acting on data that is out of date.”

And no travel ban is absolute; global supply chains mean people will continue travelling to transport goods, and most land borders are somewhat porous, so viruses can slip across with smuggled goods.'

'And the enforced end of travel may change expectations around business travel in a positive way, said Prof James Faulconbridge, head of the Department of Organisation, Work and Technology at Lancaster University.

“Many of those meetings never needed to happen through travel anyway, but there was a sort of expectation, a working practice that associated travel and going to meet people as a way of doing business, a sign of commitment.”

Mass international travel only emerged a couple of decades ago; it is possible that habits could change dramatically again.

“Its easy to forget that it was only around the turn of the century that levels of travel we now accept as normal started to emerge,” he said. “So a reset that changes our presumption around travel is not as radical as it might appear.”'

Acting on data that is out of date. Let's start there.

I remember a friend who said: "Ryanair did more for the unification of Europe than Brussels."

The virus already put a practical end to the Schengen zone - who would have thought a couple of years ago that you needed a special permit to cross the Dutch-Belgium border? - it might bring the human smuggler to an unexpected place.

In the old days people would spend time in prison, at least in some countries, for selling and sometimes buying drugs. In the near future you might spend some time in prison for snowboarding in the Alps.

It's all about risks and rewards.