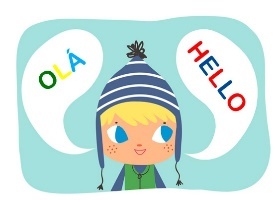 Michael Hofmann on bilingualism in LRB:

“Costa speaks to the reader in a way that he and we are equally helpless to resist – unmannered, natural, charismatic. He is obviously in love with his subject, taking it everywhere with him, seeing it wherever he goes. ‘Most of the people I know are bilingual’ is his delightful shrug. He sounds at times like an amateur, drawing materials from the breakfast table, and at others like the gifted neurologist or psycholinguist he was, advancing provisional conclusions, to be overturned by the research of others or himself. There were moments when I didn’t understand him, moments when I wasn’t interested in what he was telling me, moments when I wished he had gone further, but I suspect that the fault was all on my side. I felt like someone unexpectedly in receipt of a partial brain scan he is probably holding upside down.”

“He doesn’t really distinguish between the individually-formed bilingual, handmade by circumstance, and those who belong to groups historically or geopolitically tending to bilingualism – Catalans, for example, like Costa himself, or Belgians. Sometimes ‘bilingual’ for him seems to mean little more than someone with a very good grasp of a second language. Perhaps, in the broadest sense, he is simply exclaiming at the wonder of human speech (‘We are all talking heads,’ he begins) and, en passant, praising the social-scientific method, the fantastically resourceful experiments that have been undertaken on the human animal.”

“The Bilingual Brain has Conrad – almost the only literary writer – in the index, but not Beckett or Nabokov or Brodsky. It dives into the brain, not into words. Ideally, I think, Costa would number the bilingual’s languages #1 and #2, for maximal theoretical applicability, not name them, as he gamely does, with his Korean French speakers, his Catalan Mexicans, his Zulu and Hindi English.”

“Two-day-old babies take in more oxygen to their brains when listening to a recording of their mothers reading a story played forwards rather than backwards. Four-month-old bilingual babies can distinguish (already!) their two languages; on hearing them, they take longer to respond than monolingual babies, possibly, Costa conjectures, because ‘evaluating which of the two languages is the one being heard ... would take additional time’. Costa’s second focus is on strokes or brain injuries as they affect bilingual individuals: what happens to their languages, do they both disappear, and from the same places in the brain? Is one damaged while the other remains unimpaired and is there an observed order? It’s an uncertain, contested area, with one scientist defining five distinct types of linguistic recovery, though it seems to be accepted that ‘there are quite a few people who after brain damage have more problems processing nouns than verbs.’

The brain parts of Costa’s conclusions largely leave me cold. Neuroimaging techniques, he concedes, ‘do have some limitations’. Those coloured lights going on and off in this part or that remind me of interactive maps of foreign cities for tourists (‘you are here’) or the winding parallels in diagrams of library stacks. The book you are looking for may be so many up and so many along, but you are no closer to having it in your hand, much less being able to read it. It’s a mixture of phrenology and butchery. Even the labels make me feel squeamish and hopeless: ‘Another interesting finding is that the left superior temporal gyrus was less activated for the bilinguals with lower second-language proficiency.’ And the swaggering, paleoichthyological names: ‘the dorsolateral prefrontal cortex and the anterior cingulate cortex’. It’s an account of sorts, and a demystification, but only a very partial demystification. The awkward tethering of circuitry to concepts. A chemical and mechanical model for the species, more often than not (though, in fairness, not often in Costa) with the computer as its unquestioned base. And, yes, I know I sound like someone in 1850, clinging on to the idea of the soul.

But where Costa explains, ‘in other words, bilinguals [use] areas of the brain that are not deeply related to linguistic processing,’ I think he is telling me something, and telling me enough. This is part of his other argument, relating to – and this concept I can understand – cost: ‘the cost associated with controlling two languages, the lack of automaticity in processing a second language, the cognitive effort that this may entail, and the greater burden on second-language motor control’. ‘Cost’ is language administered by other, stray parts of the brain, it is having a smaller vocabulary, taking longer to speak, making blunders in the course of ‘language switching’, as by saying for instance ‘de nothing’, like the Spanish speaker who has helped a group of tourists by giving them directions in English, and then says, ‘forget it, de nothing.’ Cost is a foreign accent (already taken against by the babies). It is unmemorable speech (‘when you speak in a foreign language,’ Costa notes, ‘don’t expect people to remember exactly what you said, or the details of your message’). Cost is George Steiner dedicating his anthology of poetry translations, Poem to Poem, to his mother, ‘who spoke six languages, in her own fashion’. It is the inability to manage with what Costa calls ‘orderly mixing’, a lightly mocking and blissfully confidential mélange of languages with a few select, qualifying others. A macaronic. A macédoine. Cost is tragic, is Babel, is superfluity, is hubris, is hitch and inefficiency and untrustworthiness, is something no one wants. When Costa, rebuking his son, slipped from Catalan into Spanish, the language he was most fluent in, his frightened little boy said to him: ‘No, Dad, not in Spanish!’”

You can hang on to the idea of the soul, which is something I can understand very well, the soul is at least as attractive and delightful as God, and still be taken by the idea of cost. That’s somehow a relief. It's possible that the soul has its own language. Fluency without much effort.

My sister (eight years older than me) was raised bilingually (German and Dutch), but she rebelled against it and my parents gave up. Nowadays her German is mostly non-existent, she became bilingual, Hebrew and Dutch, but her Dutch is deteriorating.

My godson is mixing street language with Dutch, but not all the time.

And languages can become slightly bilingual themselves, sort of, we have already Singapore English, but many European languages have become more and more English, the French are resisting of course, but not always very efficiently.

The other day I overheard a teenage girl in Amsterdam saying: “Zullen we om elf uur meeten?”

In “proper” Dutch this would have been: “Zullen we elkaar om elf uur ontmoeten?” (Shall we meet at 11 o’clock?”)
Meeten of course is a derivative of the English verb “meet”.
It’s only a matter of time before “meeten” will pop up in the Dutch dictionary, like “shoppen” did, more than a decade ago.

This development is not unique. A century or two ago, it was French that was entering other European languages, also because large parts of the European aristocracy were speaking French.