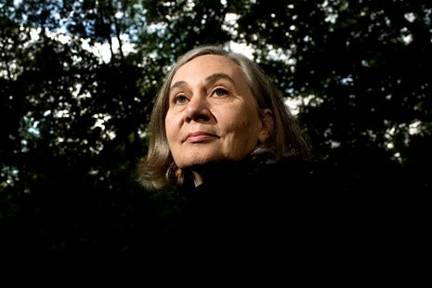 On crime and punishment - Marilynne Robinson in NYRB:

"If the novel coronavirus did not have its origins in the order of things now in abeyance—other possibilities are even darker—that order was certainly a huge factor in its spread."

Read the rest of the article here.

I do respect Marilynne Robinson as a novelist, but this is a rather bizarre sermon.

You can conclude that the political and economical system in the US is broken, probably it is, you might even be an anti-capitalist, whatever that means, but to conclude that "the order of things now in abeyance" - my god, this is a mouthful to describe the status quo - produced COVID-19 is just ahistorical and lacking any evidence.
Did World War I produce the Spanish flu? Did human mobility start with ""the order of things now in abeyance"?

And then this: other possibilities are even darker? Like the CIA produced this virus? The Mossad? The Jews? The Chinese Jews? The Jews and the Chinese together? Putin? Satan? The Freemasons? An American novelist that Marilynne Robinson doesn't want to name?

This long, fairly dreadful, unoriginal sermon written by Marilynne Robinson works itself towards a conclusion that belongs in an baptist church in let's say Phoenix but not in NYRB: God sent us this virus, because we are sinners.

There is a hidden nastiness in the sermon, a nastiness that is buried under a coded or let's say diplomatic language that is lacking any aesthetic pleasure.

But I'm willing to forgive Marilynne Robinson. Maybe God sent us this sermon, because the readers of NYRB are sinners, they produced "the order of things now in abeyance."