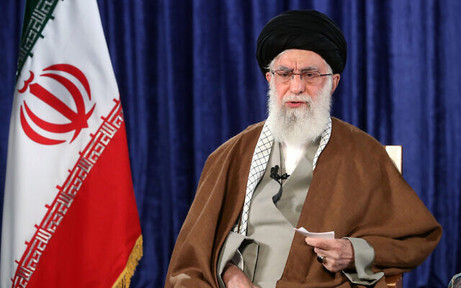 On Iran and hopelessness or how revolutions die - Dexter Filkins in The New Yorker:

'The sense of unreality didn’t stop at the parade; it accompanied me throughout my time in Iran. Even the circumstances of my arrival seemed cynically managed. I’d been asking for years for permission to visit, only to be refused. Then, in February, I got an unanticipated call from the Iranian Interests Section, in Washington, informing me that a visa had been approved. (Some Iranians suggested that, with international tensions high and the pandemic still in its early stages, the regime wanted to make a show of confidence.) The visa, I was told, took effect immediately and would expire in six days. I ran for the airport.'

'At times during my visit, Tehran reminded me of Eastern Europe in the eighties, when ordinary people, constrained by a sclerotic communist system, coped by living as if the state did not exist. One night, I attended a dinner party in a middle-class neighborhood of Tehran. Iranian music drifted from the stereo. Women wore skirts and leather boots, their hair uncovered. Bottles of arrack and wine, homemade but delicious, were arrayed on a table. One of the men told me that illicit parties were so common that he had been making a living as a d.j. Almost every party received a visit from a police officer, who said, usually with a wink, that the music was too loud. “I give him some money, and he goes away,” the man told me. Another man complained about the daily struggle of making his business work in an unpredictable and corrupt system, with chronic shortages of material and unruly inspectors pushing for bribes. “Plan for the next quarter?” he said. “I can’t plan for tomorrow morning.”

In Iran, some of the most intense unrest comes from frustration with the regime’s intrusions into private life. One evening, I met a young woman, who went by Sara, who was involved in a recent protest movement to open soccer games to women. The protests gained prominence in 2018, when thirty-five women—many of them Sara’s friends—gathered outside a match between two Tehran soccer clubs and demanded to be allowed in. They were attempting to do openly what other young women had been doing in secret, by flattening their breasts, painting on mustaches, dressing up in boys’ clothes, and sneaking inside. All thirty-five were arrested.

The Iranian regime has repressed the women’s movement with particular ferocity. In 2017, a woman named Vida Movahed climbed onto a utility box in downtown Tehran, removed her hijab, and waved it around on a stick. More women followed, and became known as the Girls of Revolution Street. The authorities arrested not only them and Movahed but also her lawyer, Nasrin Sotoudeh, who was sentenced to thirty-eight years in prison and a hundred and forty-eight lashes.

Sara was nervous about meeting me in public. “It is really dangerous,” she said. “Me sitting here talking to you might get me in deep trouble.” Still, she was poised and determined, insisting that she be granted her rights. “If you want to know how we live, you have to watch ‘The Handmaid’s Tale,’ ” she said. “This is the real Gilead. Margaret Atwood, she wrote our story before we were born.”

Last year, a twenty-nine-year-old woman named Sahar Khodayari was arrested while trying to sneak into a soccer match and charged with “appearing in public without a hijab.” She set herself on fire and died. Afterward, the authorities finally conceded—a little. Under pressure from fifa, the international soccer authority, the Iranian government agreed to allow women to attend matches of the national team, as long as it was playing foreign opponents. Sara described the thrill of entering Tehran’s stadium for a match between the Iranian and Cambodian teams. “The soccer field is really green when you see it,” she told me. Even though the women were relegated to a roped-off area behind a goal, “everyone was screaming and crying,” she said. “It was the dream.”'

This may be bluster, but, as Iran’s economic problems deepen, the regime could find itself increasingly tempted to create a diversion. The same might be true for Trump, whose rhetoric has grown more bombastic since the Suleimani strike. In April, he tweeted, “I have instructed the United States Navy to shoot down and destroy any and all Iranian gunboats if they harass our ships at sea.” Iranian state media responded with equal belligerence, calling the idea “a fake Hollywood tale.”'

'Even as Iranians speculate about who will succeed Khamenei, many believe that, whoever becomes Supreme Leader, the revolution is no longer salvageable. One of them is Faezeh Rafsanjani, a former member of parliament and the daughter of the late President Rafsanjani. Faezeh grew up amid the country’s ruling élite but gradually became disenchanted with its ideology. In 2009, she emphatically endorsed the protesters. Speaking to a crowd of demonstrators, she compared Khamenei to the Shah—a cardinal insult—and denounced what she saw as a theft of the people’s vote. “The protests must continue, until they realize that a fraud of this magnitude cannot be pushed aside,” she said.

Even as Iranians speculate about who will succeed Khamenei, many believe that, whoever becomes Supreme Leader, the revolution is no longer salvageable. One of them is Faezeh Rafsanjani, a former member of parliament and the daughter of the late President Rafsanjani. Faezeh grew up amid the country’s ruling élite but gradually became disenchanted with its ideology. In 2009, she emphatically endorsed the protesters. Speaking to a crowd of demonstrators, she compared Khamenei to the Shah—a cardinal insult—and denounced what she saw as a theft of the people’s vote. “The protests must continue, until they realize that a fraud of this magnitude cannot be pushed aside,” she said.

The speech helped establish Rafsanjani as one of the country’s leading dissidents, whose famous name made her criticisms all the more threatening to those in power. Rafsanjani became a target of unrelenting harassment, especially by members of the Basij. In one incident, captured in a video that surfaced in early 2011, Rafsanjani was walking out of a mosque when she was confronted by an overbearing militiaman. “You whore!” he growled, inches from her face. “Do you want me to rip your mouth open? Should I rip your mouth open right here? We’ll ruin you! We’ll kill all of you!”

Asked about the incident a couple of months later, Rafsanjani told an interviewer, “This government is run by beasts and thugs.” She was arrested, convicted in a closed courtroom of spreading anti-government propaganda, and sentenced to six months in prison. In 2017, she was jailed again, for criticizing the Revolutionary Guard; she served both of her terms in the infamous women’s ward of Evin Prison.

On a gray morning, I met Rafsanjani in her office. She wore a pink head scarf that obscured her face, but her eyes burned with urgency and intelligence. (Despite being a proponent of women’s rights, she wears hijab as a matter of personal preference.) While she talked, she sat—and occasionally stood—behind a metal desk covered with heaps of papers.

Rafsanjani had little faith left in the system founded forty-one years ago. “Even the people who say they are reformers are not really reformers at all,” she said. She noted that Rouhani had taken office with an overwhelming mandate for change. “I had hopes for him, but he’s the same color as the rest of them,’’ she said.

Rafsanjani did not blame the Trump Administration or the American sanctions for the country’s problems; like many Iranians I spoke to, she felt that blaming the U.S. was a weak excuse for the regime’s failure to reform itself. “The coronavirus is just one instance,” she said. “There have been many events in recent years that show that our politics have gone wrong.” Iran’s increasing schisms, she argued, were the result of the regime’s flawed ideas. “One is the inessentiality of human life, which seems to be one of our most seriously pursued policies,” she said. “Another is the national-security lens—we look at things that have nothing to do with politics or security through the lens of national security. And when you put these two together you start to realize why these things keep happening.”

Isolated and dysfunctional, the Islamic Republic had reached a dead end, she said: “The regime has lost all popular support, and yet it is incapable of change. The result is that the Iranian people have lost hope. We are hopeless now.”'

The Trump-revolution and the Khomeini-revolution might fade away at the same moment, probably I'm overly optimistic.
Fascists, revolutionaries with and especially without a cause, bigots, they all need an enemy. Thanks to the virus Iran has been largely ignored by the media, but it might make a comeback.

And who knows, perhaps the Soviet-Union would have survived another decade or two without Gorbachev. The demise of a state and a so-called revolutionary system can be long and torturous.