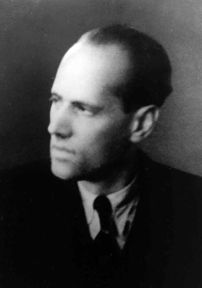 On resistance in Germany and elsewhere in Europe - Christopher R. Browning in NYRB:

‘The third important aspect of the letters, therefore, is Moltke’s own view of his trial and his actions as a nonviolent opponent of Hitler and National Socialism. He expressed relief that he was going to be tried with noted Protestants and Catholics, which was much better than having his case tied to the July 20 plot, whose violence he opposed, or worse, “being killed with Goerdeler.” If Freisler was able to reach the “true depths” of his case, “at least I’ll be dying for the right thing…. It is better to be hanged by Hitler than to die from a bomb. It is more meaningful.” Before the trial Moltke noted that Freisler, the notorious hanging judge of the Nazi People’s Court described by Thomas and Lewis as “one of the most terrifying and demented figures” of the Third Reich, was reportedly also “the smartest man in the entire regime” and “a brilliant interrogator” and thus would be “a worthy match.” Of the trial itself, he reported immediately to Freya that “I easily kept pace with Freisler, which, incidentally, we both clearly enjoyed.” And when Freisler’s infamous temper erupted as if a “hurricane was unleashed,” Moltke confessed, “I couldn’t help but smile.” After the trial, intended as a theater of humiliation and debasement for the defendants, he wrote Freya triumphantly, “I’m a bit giddy, for there’s no denying that I’m in positively high spirits.” Why? What was important for Moltke was Freisler’s emphasis on Christianity and his treatment of the Kreisau circle apart from rather than intermingled with the other resistance groups who had been tried in connection with the July 20 plot, and that he and his fellow defendants were convicted for what they believed rather than for anything they were alleged to have done. “All we did was think,” Moltke noted, or as Freisler put it, “think differently.” The trial thus revealed that National Socialism had “such a great fear” of “mere thoughts” that Moltke and his fellow defendants had to be “hanged for having thought together.” “How’s that for a compliment,” he added.’

A characteristic of totalitarian regimes – the fear of thoughts. Unfortunately (too) many people believe they think for themselves or they think differently and independently and they end up as victims of and believers in conspiracy theories.