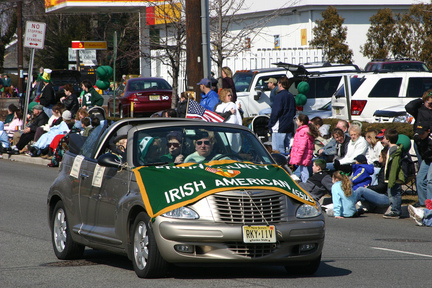 While having dinner with Roddy Doyle the topic of being Irish-American came up.
And why many of the folks who had been voting for the Democrats twenty years ago are now solidly Republican.
One of the explanations was that people had moved up economically. The welfare that was handed out to them a few decades ago is now in their eyes for the black folks.
Another explanation is a sense of alienation -- the feeling that liberals are elitist and arrogant. Looking down upon hard-working families.
This sense of alienation is fairly widespread in Europe as well.