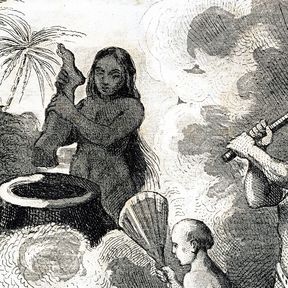 My friend D. forwarded me this review by Daniel Kraus in NYT about the novel ‘Tender is the Flesh’ by Agustina Bazterrica, translated by Sarah Moses:

‘The icky euphemism is “special meat.” No one says “human meat,” as the bodies being eaten are not considered human. The prime fare, F.G.P.s (First Generation Pure), are born and raised in captivity, artificially inseminated, sold, butchered and plated however you’d like, from “a starter of fingers in a sherry reduction” to a “tongue … marinated in fine herbs, served over kimchi and lemon-dressed potatoes.” The setup sounds like the Charlton Heston teeth-gnasher “Soylent Green” mated to Anthony Burgess’s satirical novel “The Wanting Seed,” yet the prose feels like neither. Because of its banal and miserable tone, given a muscular translation by Sarah Moses, “Tender Is the Flesh” — which won Argentina’s Premio Clarin de Novela — is, at least in spates, more powerful than either forebear.
Within a cast of cadaver-cold characters, Marcos is the iciest. A career of dehumanizing human livestock has dehumanized him; several chapters pass before we’re even sure of his name. The novel’s first half puts the reader in Marcos’s shoes with a long series of procedural scenes. They are as graceless as bludgeon strikes, but as effective too.’

‘In his grief, Marcos increasingly identifies with the helpless. Frequently he visits a dilapidated former zoo, where he encounters frothing feral dogs he considers “beautiful.” He views the world of predator and prey as natural, while the female in his barn is but a device to damn him.
But then he starts to like her, and she likes him back. He cleans her and names her Jasmine after her scent. He caresses the brand on her forehead. Abruptly, we are faced with the prospect of a plot when, halfway through, Marcos gets Jasmine pregnant — a crime that could land them both in the Municipal Slaughterhouse.
Readers want to root for a protagonist after such unmitigated bleakness. Rediscover tenderness, Marcos, revolt against the system! But having clobbered us dizzy, Bazterrica switches to rope-a-dope. Marcos’s off-scene impregnation of Jasmine feels like rape, particularly given her childlike nature. Future-world sex is depicted as a drug to dull the pain, cater-corner to cannibalism. Marcos’s tryst with a meat-seller happens atop a bloody butcher table, and big-game hunters (who now hunt the most dangerous game: people) enjoy the tale of a brothel where you can pay extra to eat your prostitute.’

‘The novel thus packages its dilemma in tidy butcher paper: Is our supposed love of animals, and occasionally theirs of us, a calculated transaction? If so, does it differ from the transactions between humans? Not by much, Bazterrica seems to say. Eventually the factory of our amity breaks down, and all that’s left is hunger.’

All that’s left is hunger.

It’s always interesting to search for the history of the taboo on eating your fellow humans. We know that this taboo has not always been there, there were cultures, where for example it was considered good and probably even healthy to eat your enemies, and of course no taboo can exist without a (widespread) temptation to break the taboo.

We ask the question: why can we slaughter cows and pigs and fish (somehow and for unknown reasons killings a fish seems to be a minor misdemeanor) but why can’t we eat our dead neighbors? Or our pets for that matter?

We don’t want to know what we eat.

Looking at our diet we must conclude that survival is not only a matter of knowledge, it’s also, maybe even more a matter of not knowing things, of not wanting to know certain things.

Yes, compared to cannibalism most if not all kinky sex between consenting adults is an entirely innocent matter. And there the old question comes up – remember the case in Germany: Can you consent to be eaten?

Why can’t we consent to this?

To get a taste of ‘special meat’ it’s always good to watch “The Cook, the Thief, His Wife and Her Lover” by Peter Greenaway.