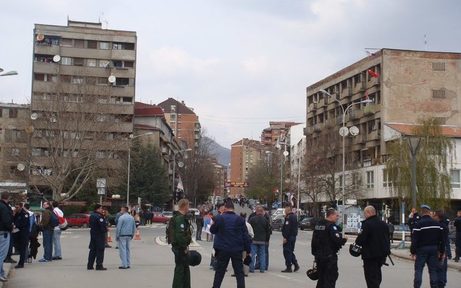 On the relentless temptation of moralizing - Tyler Cowen on Bloomberg:

‘Nonetheless, the genre of “coronavirus moralizing” is suspect. All things considered, it might be better to ignore Covid-19 analyses accompanied by moral judgments of political leaders or systems.
Start with a relatively non-controversial, non-emotional example for most Americans. At first, Kosovo seemed to be doing a decent job against Covid-19, with relatively few cases and deaths. Now the death count is spiking vertically. Was the initial success because of policy, luck, relative isolation or some other factor? Are the current problems due to some particular policy blunder, or is time simply catching up with Kosovo? It is too early to draw firm conclusions or moral lessons.’

‘There are increasing numbers of countries being hit by a second wave. Spain had a very rough first wave, then cases fell very low, and now they are rising again and exceed 2,700 per day. An elevated death rate is likely to follow. Yet again, it’s hard to say whether these second waves were largely inevitable or the result of policy mistakes. Or maybe they were the result of mistakes — but no nation, except perhaps for some of the smaller island countries, can attain the level of required policy perfection. Even the technocrats of Singapore could not prevent a large number of cases in the worker dormitories there.’

‘Then there is the Swedish experiment, which has been the subject of a raging controversy. Here again, most moralizing is premature, even though the Swedes did make some clear mistakes, such as not protecting their nursing homes well enough. Sweden had a high level of early deaths, but both cases and deaths have since fallen to a very low level, even though Sweden never locked down. In the meantime, the Swedish economy has been among the least badly hit in Europe.
If the rest of Europe is badly hit by a second or third wave, and Sweden is not, Swedish policy suddenly will look much better. Alternatively, if Sweden experiences a second wave of infections as big as or bigger than those of its neighbors, it will look far worse.’

‘The temptation to moralize is one of the strongest human propensities. When we feel it, however, we should recognize that it stems from the same kind of reckless impatience that worsened our response to Covid-19 in the first place.’

The desire to moralize comes partly from the desire to believe that all evil has a certain root: our enemies.

And then there is the tendency to mistake the government for a God that is completely secular, doesn’t promise an afterlife, but should nevertheless be capable of righting all wrongs and preventing most if not all evils.

A benign government is a government that is open and honest about its limitations.

What to do with the desire of large parts of the population to identify an almighty power is a completely different question.