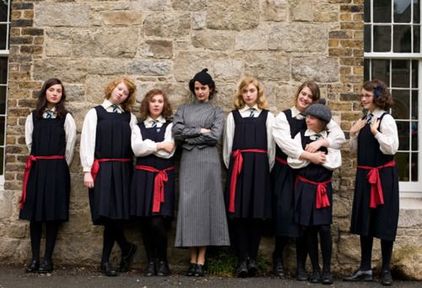 On British schools and British summers and summers in general – Tom Crewe in LRB:

“The ones who can say in the voice of experience: ‘Sometimes it took a whole week for a pair of knickers to dry in winter.’ These are women with names like Bubble Carew-Pole and Charlotte Bradley-Hanford and Juliet Mount Charles. Women who can say things like ‘My parents chose Wycombe Abbey because it was the nearest girls’ boarding school to Harley Street,’ or ‘My parents chose Heathfield because none of the girls had spots.’ Or, ‘My mother went to West Heath for tea once, for someone’s confirmation, and she sent me there entirely on the strength of that nice tea.’ The schools they went to could be happy, horsey places, or they could be monstrous, lawless places: they were usually something in between, horsey but monstrous, happy but lawless. Certainly, they were rarely as advertised. When, at one school, the three-day-week in the early 1970s forced the girls into the splendid Long Room to gather cosily around a roaring fire, it was the moment, the only moment, when ‘the prospectus came true.’ At another school, called Wings, one girl found herself cooking, cleaning and, finally, teaching. When there was an inspection, she wasn’t stood down from her new duties but rather told to wear make-up so as to appear like an adult.
Wherever you were, the food was terrible: The very same pudding – sponge-roll with red jam smeared along the surface and oozing out of both ends – was known as ‘Dead Man’s Leg’ at Wycombe Abbey, ‘Matron’s Leg’ at St Elphin’s, Darley Dale, ‘Granny’s Leg’ at Southover, and ‘Reverend Mother’s Leg’ at the Presentation Convent in Matlock. This shows how very like a varicose-veiny or actively bleeding human leg the puddings must have looked.
According to Rita Skinner, the food at Roedean was ‘one up from prison slop. They employed people to cook who didn’t like cooking and didn’t want to cook.’ At Wycombe Abbey in the 1950s they fried fish on a Friday and then reused the fat to make doughnuts, ‘so the doughnuts tasted of fish.”

“Miss Popham, the headmistress of Cheltenham College, ‘during a Scripture lesson on the First Book of Samuel, went on and on about how the Philistines’ foreskins were cut off and put into sacks. The girls at the receiving end of this long lecture have never forgotten it. Many of them were not even sure what a foreskin was.’ Some of these teachers were unhappy, or unfulfilled. (‘What are you making?’ the girls asked the French teacher at Cranborne Chase, who was bent over her needle. ‘My shroud,’ she replied.) This may have been the reason they were so unpleasant to the children in their care. Or perhaps this was how they found fulfilment. ‘If I was your mother, I’d live abroad,’ the matron at Beaufront said to a girl called Amanda. ‘Jennifer is more a liability than an asset,’ read one report. Catherine Freeman recalled that at the Assumption Convent, then temporarily evacuated to Hereford, Mother Ida ‘habitually woke up an asthmatic friend of mine, Mary Bowen, by laughingly placing a pillow over her face’. Not all nuns were bad news, though. ‘It’s the interface between nunliness and normality that convent girls remember vividly,’ Maxtone Graham writes, It’s the memory of a nun with her habit hitched up and her rosary beads rattling as she presided over a game of hockey, her ankles flashing in their black tights; or of a nun on a sit-up-and-beg bicycle doing errands round the grounds; or of a nun teaching ballroom dancing on a Saturday evening. Mother Currie at Woldingham ‘taught the cha-cha-cha, the foxtrot and the Gay Gordons, with her robes billowing’.
It should be obvious by now that Terms and Conditions is a delightful book. It is also a very clever one. Maxtone Graham isn’t interested in writing a ‘history’ of girls’ boarding schools: her text floats blissfully free of footnotes and there isn’t a single reference to an academic authority.”

“When Eleanor Oldroyd and her family went to France in 1972 they took a can of baked beans for every day of the holiday, 21 in all; her mother fitted them ‘around the wheel arch in the boot, along with the tinned mince and tinned Campbell’s soup’. When Juliet Gardiner went to Le Bourget on a school exchange, she presented her penfriend’s mother with a box of cornflakes. Still, Abroad could be a revelation. Harry Ritchie, from Kirkcaldy, went to Majorca in 1969: ‘Being able to take your clothes off for a holiday, rather than having to put more on: that was wonderful in itself.’”

“I can’t convince myself that any of this matters very much. Indeed, in excitable moments, I wonder whether Maxtone Graham has founded a new school of historical writing. I suppose for most of us, though not for Old Girls, the experience of reading Terms and Conditions is one of appalled and entertained spectatorship: it is a hermetic world into which we have been given insight. The experience of reading British Summer Time Begins, on the other hand, can only be open access. It doesn’t need references, or connections with the historiography, because Maxtone Graham is aware that its success depends on a process of recognition, hers and the reader’s, every story and anecdote having an echo in another person’s life. It’s why she can get away with sentences like ‘It was rare for your bike to fit you’ and ‘There was always one damaged shuttlecock that didn’t fly properly and made a muffled thud.’ I nodded throughout this book: at Simon Winder’s memory of spending the summer ‘reading at funny angles’; at the discussion of roadside rituals (we cheered every time we crossed the border into Scotland en route to our annual caravan holiday); at the short disquisition on the merits of Subbuteo (we played with my father’s 1960s set). I remembered going in and out of the open back door into my house, and weeks spent running with my brother and our friends in the network of alleys it backed onto. And if it wasn’t my memory, it was someone else’s. Maxtone Graham mentions the surprising uses prams were put to long after they had exhausted their primary use: one woman (born in 1943), remembers pushing her ailing aunt in one during a hop-picking month. This was no surprise to me, because my grandmother was taken to hospital in a pram when she went into labour, probably around the same time.”

“Children can’t even help being posh. Nor can they help being British. Maxtone Graham’s books about children are almost accidentally books about Britain (and, for once, they really are about Britain, not just England), but only almost. The mirror she holds up reveals a strange place, but not an unrecognisable one. The landscape of our childhood is still a country: visiting, we may realise how little we’ve grown out of it.”

Yes, boarding schools might be very British, but the disappointment and the excitement of summer holidays are rather universal in the Western world.

I keep recommending Jacques Tati’s movie “Les vacances de Monsieur Hulot” for deeper insights into the summer vacation and fear and loathing of the bourgeoisie in a spa town.

The baked beans are mostly gone I suspect, Ryanair and other cheap airlines have turned “abroad” into an extension of the old pub back home, just with slightly more sunlight.

I remember talking to an Irish guy at Dublin airport who was on his way to Budapest to see a cheap and reliable dentist, the flight was less than 40 euros.

Those days might be over, but still, the delights and disappointments of the summer vacation will almost always be a small taste of what will come afterwards.

Mortals who are still alive are by definition on a vacation, some more than others, to paraphrase Améry.