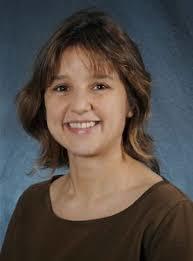 On getting it right - Ben Smith in NYT:

‘When the Centers for Disease Control and Prevention told Americans in January that they didn’t need to wear masks, Dr. S. Vincent Rajkumar, a professor at the Mayo Clinic and the editor of the Blood Cancer Journal, couldn’t believe his ears.
But he kept silent until n (pronounced ZAY-nep too-FEK-chee), a sociologist he had met on Twitter, wrote that the C.D.C. had blundered by saying protective face coverings should be worn by health workers but not ordinary people.
“Here I am, the editor of a journal in a high profile institution, yet I didn’t have the guts to speak out that it just doesn’t make sense,” Dr. Rajkumar told me. “Everybody should be wearing masks.” Dr. Tufekci, an associate professor at the University of North Carolina’s School of Information and Library Science with no obvious qualifications in epidemiology, came out against the C.D.C. recommendation in a March 1 tweetstorm before expanding on her criticism in a March 17 Op-Ed article for The New York Times.
The C.D.C. changed its tune in April, advising all Americans above the age of 2 to wear masks to slow the spread of the coronavirus. Michael Basso, a senior health scientist at the agency who had been pushing internally to recommend masks, told me Dr. Tufekci’s public criticism of the agency was the “tipping point.”’

‘“I’ve just been struck by how right she has been,” said Julia Marcus, an infectious disease epidemiologist at Harvard Medical School.
I was curious to know how Dr. Tufekci had gotten so many things right in a confusing time, so we spoke last week over FaceTime. She told me she chalks up her habits of mind in part to a childhood she wouldn’t wish on anyone.
“A bunch of things came together, which I’m happy I survived,” she said, sitting outside a brick house she rents for $2,300 a month in Chapel Hill, N.C., where she is raising her 11-year-old son as a single parent. “But the way they came together was not super happy, when it was happening.” These are, by her lights, the ingredients in seeing clearly: • An international point of view she picked up while bouncing as a child between Turkey and Belgium and then working in the United States.
• Knowledge that spans subject areas and academic disciplines, which she happened onto as a computer programmer who got into sociology.
• A habit of complex, systems-based thinking, which led her to a tough critique in The Atlantic of America’s news media in the run-up to the pandemic.
Add those things to a skill at moving journalism and policy through a kind of inside game, and Dr. Tufekci has had a remarkable impact. But it began, she says, with growing up in an unhappy home in Istanbul. She said her alcoholic mother was liable to toss her into the street in the early hours of the morning. She found some solace in science fiction — Ursula K. Le Guin was a favorite — and in the optimistic, early internet.
In the mid-1990s, still a teenager, she moved out. Soon she found a job nearby as a programmer for IBM. She was an office misfit, a casually dressed young woman among the suits, but she fell in love with the company’s internal bulletin board. She liked it that a colleague in Japan wouldn’t know her age or gender when she asked a technical question.’

(…)
‘She got a PhD. from the University of Texas at Austin studying what she calls “techno-sociology” and became obsessed with how digital media could change society during the Twitter-fueled social movements of the late aughts — the Arab Spring, Occupy Wall Street, Gezi Park in her native Turkey.
While many American thinkers were wide-eyed about the revolutionary potential of social media, she developed a more complex view, one she expressed when she found herself sitting to the left of Teddy Goff, the digital director for President Obama’s re-election campaign, at a South by Southwest panel in Austin in 2012.
Mr. Goff was enthusing about the campaign’s ability to send different messages to individual voters based on the digital data it had gathered about them. Dr. Tufekci quickly objected to the practice, saying that microtargeting would more likely be used to sow division.
More than four years later, after Donald J. Trump won the 2016 election, Mr. Goff sent Dr. Tufekci a note saying she had been right.
“At a time when everybody was being stupidly optimistic about the potential of the internet, she didn’t buy the hype,” he told me. “She was very prescient in seeing that there would be a deeper rot to the role of data-driven politics in our world.” Dr. Tufekci’s views on tech were not uncommon among the small group of sociologists focused on new technologies. But she delivered her skeptical take at a time when the social sciences and qualitative research had fallen out of fashion. The rise of digital was all about the numbers, and the Tech machers and their cheerleaders in academe were suspicious of anything that could not be quantified. Big data had elbowed out sociological observation.’

‘Now I find myself wondering: What is she right about now? And what are the rest of us wrong about? An area where she might be ahead of the pack is the effects of social media on society. It’s a debate she views as worryingly binary, detached from plausible solutions, with journalists homing in on the personal morality of tech heads like Mark Zuckerberg as they assume the role of mall cops for the platforms they cover.
“The real question is not whether Zuck is doing what I like or not,” she said. “The real question is why he’s getting to decide what hate speech is.” She also suggested that we may get it wrong when we focus on individuals — on chief executives, on social media activists like her. The probable answer to a media environment that amplifies false reports and hate speech, she believes, is the return of functional governments, along with the birth of a new framework, however imperfect, that will hold the digital platforms responsible for what they host.’

Let’s skip the masks, the masks are more or less there, and somehow I miss Sweden in this article, but let’s go to Zuck.

Who’s going to decide what hate speech is?

If the government with the help of experts isn’t going to decide what hate speech is powerful groups and individuals who behave as if they are the powerless will decide what it is, are deciding already, and the results can be nasty, are nasty, as vigilantism almost always is.
Maybe I was naive to prefer the American way of handling free speech over the European approach.