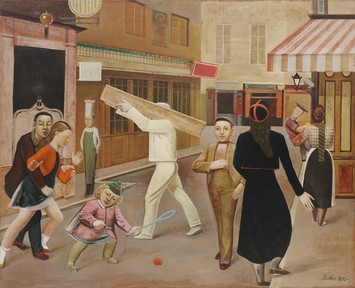 A friend wrote me: ‘This article is worth your while.' He was right.

On another kind of plague – Laurent Dubreuil in Harper’s:

‘More seriously, what if art or education are, in my view, valuable precisely as a way of becoming other? If I defy expectations, am I untrue to myself, or to the manufactured self that others think I should reclaim? The collection of presumed tastes, behaviors, desires, aspirations, and appearances that come with an externally defined identity rejects in advance anyone who doesn’t conform. “Intersectionality”—or bearing several identities simultaneously—does not change this conundrum; it simply adds additional prescriptions.
It goes without saying that what happens on my campus1 is in no way unique and that being a first-gen is only one relatively novel option in a continuously growing list of what every one of us is supposed to be. American academia is a hotbed of proliferating identities supported and largely shaped by the higher ranks of administrators, faculty, student groups, alumni, and trustees. Not all identities are equal in dignity, history, or weight. Race, gender, and sexual orientation were the three main dimensions of what in the 1970s began to be called identity politics. These traits continue to be key today. But affirmed identities are mushrooming. The slightest shared characteristic, once anchored in a narrative of pain, can give rise to a new group. There is now a rural identity, a peanut-allergic identity, a fat identity, an ADHD identity, and so on. Each comes with stories of humiliation or of life-threatening experiences, with demands for official recognition, with products specifically targeted to the group, and with the sort of people the writer Touré called, in Who’s Afraid of Post-Blackness?, “the self-appointed identity cops.” Whereas identity politics, as theorized four decades ago, aimed to liberate the oppressed and to oppose American capitalism, its main form today is more invested in changing the direction of domination and in multiplying restrictions. It is the social order of the day, its rhetoric ubiquitous in the neurotic centers of the American economy (universities, the media, the tech sector).
Under this regime, identities, once affirmed, are indisputable. If I say, “As an x, I think. . . ,” I am no longer voicing an opinion that can be evaluated or critiqued within a shared space of discourse; I am merely saying what I am. If you disagree with me, you may trace everything I say back to my identity before availing yourself of corresponding counterarguments: you say a because you are an x, but I am a yand I therefore believe in b. Such identities, I insist, are not emancipatory, neither at the psychological nor at the political level. We all should have the right to evade identification, individually and collectively. What’s more, identity politics as now practiced does not put an end to racism, sexism, or other sorts of exclusion or exploitation. Ready-made identities imprison us in stereotyped narratives of trauma. In short, identity determinism has become an additional layer of oppression, one that fails to address the problems it clumsily articulates.’

‘The most powerful digital platforms are made for monologues or rants that elicit mechanical expressions of approval or disapproval. This type of electronic elocution is fundamentally self-centered, but the I seeking to grab attention must connect to a we in order to survive and thrive. This we is formed of the crudest commonalities, and it is, so to speak, automatic: sustained by knee-jerk reactions, memes, and viral behaviors driven by the basest stimuli. These responses are personal in the way one “personalizes” a phone or a computer, by selecting one of the few options that engineers have allowed you. The most powerful instrument of social prescription is in the hands of every soliloquist who posts on Facebook or Twitter a demand for silencing some other we. The ability for each mechanized soul to exert a miniature tyranny is daunting enough online. Offline, it has undermined institutions and given us President Donald Trump. More and more, the political realm transcribes social media’s logic of identity. This goes for the white supremacy at the core of Trumpism as well as for the identity-based clientelism of mainstream Democrats.
With their official emphasis on open-ended scholarly discussion, universities should offer a counterpoint. But American academia tends to align itself with the business world, and corporations cater to the perceived needs of their customers. In colleges, such accommodations may begin with the exclusion of dissenting voices under the pretext of protecting certain identity groups—such as by passing over works that run counter to their supposed interests. The next step is to prevent dialogue in the classroom by forbidding students to talk (this is the traditional, magisterial approach) or avoiding all conflicts and contradictions among participants, thereby confusing a college seminar with an AA meeting. (The move toward online instruction during the pandemic has encouraged professorial monologues, since the technology isn’t conducive to spontaneous discussion.) The last stage involves censoring the name of censorship. When an NYU graduate launched a petition in 2017 titled “Metropolitan Museum of Art: Remove Balthus’ Suggestive Painting of a Pubescent Girl, Thérèse Dreaming,” she insisted she was not demanding censorship (as if the latter were only a synonym for physical destruction). During the Q&A after a talk I gave last November, a university lecturer told me that “there is no cancel culture,” thereby attempting to cancel “cancel.”’

‘Less prominent cases abound. In a literature class at Stanford, a colleague who wished to devote a session to Toni Morrison was challenged by several undergraduates who argued that a white faculty member should refrain from teaching work by an African-American writer. Having noticed a few years ago that most students in my classes stopped participating when we covered the history of slavery in eighteenth-century Saint-Domingue and the origins of the Haitian Revolution, I was told in private by white students that they felt they shouldn’t speak on such issues in front of black students. I pointed out to them that it was no more moral to remain silent and let the black students bear the burden of discussion. A Cornell colleague used the word “blow job” in a guest lecture he gave for a seminar on the subject of pleasure last spring; he learned in January that a now-dismissed complaint had been lodged against him by a student who considered the term derogatory to women (who, by the way, are not the only people who perform fellatio).’

‘It should be obvious that identity determinism is by no means a prerogative of the left, for two main reasons. First, a truly leftist position cannot subordinate the goal of collective and individual emancipation to the unconditional affirmation of a set commonality. The identities on offer often resemble varieties of what Marxists used to call “alienation,” in which individuals internalize premade representations of themselves that limit their freedom. Second, many pleas for the protection and promotion of harmed identities now emanate from the right. The two camps may be opposed on policy, but, more and more, they agree that identities should anchor politics. In her book Uncivil Agreement, the political scientist Lilliana Mason argues that Democrat and Republican are no longer ideological positions but rather identities. This is hardly democratic progress. Coupled with ubiquitous surveillance, heightened censorship, digital conformism, and educational failure, the monomania of political identity leaves the people powerless by making cooperation impossible. In such a regime, the shredding of the social fabric is inevitable.
It is worth noting that the manifesto signed in 1977 by the Combahee River Collective—the text that launched the initial theory and practice of identity politics—warned against both “separatism” and “fractionalization.” This year, Barbara Smith, one of the members of the collective, reflected on her early years of activism, saying: “We absolutely did not mean that we would work with people who were only identical to ourselves. We did not mean that.” She added that, in this respect, the way identity politics has “been used in the last couple of decades is very different than what we intended.” Back in 1989, Shane Phelan wrote the first book with the phrase “identity politics” in its title. The book ended with the following: Identity politics must be based not only on identity, but on the appreciation of politics as the art of living together. Politics that ignores our identities, that makes them “private,” is useless, but non-negotiable identities will enslave us whether they are imposed from within or without.
Are such warnings still audible? Or do we prefer the compartmentalized world of identity mongers preaching to their own crowds and censoring their “natural” adversaries?’

‘But even in elementary school, I understood that I did not have to swallow the venom or waste my life spitting it back in the face of others. My reactions have varied, but my line is simple: I am not looking for external validation. I simply refuse to identify. I am not going to dispute wrongful characterizations, and I will not apologize either. This method protects more against microaggressions than separatism or celebrations of identity ever could.’

Whenever you hear somebody declare ‘As a …’ be alarmed, be very alarmed. So much is for sure.

And when resistance and the fights against real oppression turn out to be nothing but a palace revolution the power struggle will be just that, another more or less ugly fight for power.