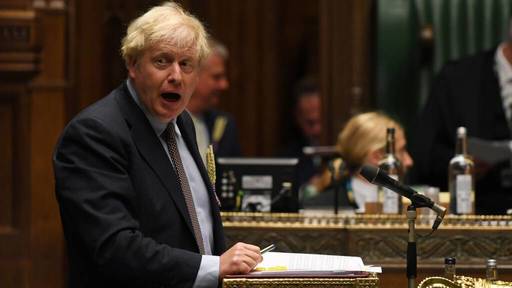 On the return, finally, of the Brexit debacle – Daniel Boffey and Lisa O'Carroll in The Guardian:

‘Britain has already breached the withdrawal agreement by tabling the internal market bill, prompting Brussels to plan legal action that could lead to financial and trade sanctions, according to a leaked EU legal opinion.
The European commission believes Boris Johnson’s government breached the terms of the treaty just by taking the first steps to pass a new law that would negate key parts of the agreement signed last year.
“Already by tabling the draft bill and pursuing the policy expressed therein, the UK government is in violation of the good faith obligation under the withdrawal agreement (article 5) because this bill jeopardises the attainment of the objectives of the agreement”, the commission lawyers write.
The commission has advised the 27 EU capitals that there are therefore grounds for the bloc to take “legal remedies” through the European court of Justice before the end of the transition period, leading to significant fines or potential trade sanctions.’

‘The British attitude to the issues of state aid notifications and export declarations had been a concern to EU representatives sitting on the joint committee, according to sources in Brussels. But there had been no indication of the scale of the changes the UK would seek to make.
One senior EU diplomat said: “In four years of negotiations this is the absolute low. They could at least have tried to fudge it.
“UK ministers are getting the powers to overrule not only international but also national law? By now we’re well used to seeing this in other parts of the world but Britain? “We still strive to come to an agreement within the limited time that remains as the basis for future relations. The importance of a functioning governance clause has only increased after the last couple of days.”’

The Brexit was nothing but a circus that was never meant to enter reality in the first place, those who worked hard for it had no plans, no ideas, just a scheme to seduce the unhappy voter.
Democracy after all is more and more seducing the unhappy, the angry, the bitter ones.