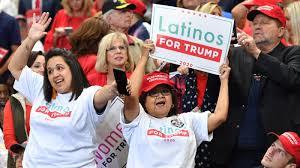 On surprises – Benjamin Wallace-Wells in The New Yorker:

‘Less than sixty days out from the election, Trump, unburdened by official campaign themes or facts, seems to be chasing a surprisingly large and protean coalition. At a Florida rally on Tuesday, Trump, who has long publicly doubted the science of climate change and championed coal mining and fracking, called himself “the great environmentalist” and called on Congress to expand protections against offshore drilling. Roe said that Trump might still be the Party’s best bet to reach conservative Latino and Black voters. He also pointed out that Trump has had more success at bringing white working-class voters into the Party than anyone since Reagan. Even in a pandemic, Trump’s crowds fill stadiums and overflow into parking lots. Roe said, “It’s a startling thing to say, but he’s the best crossover politician Republicans have.”’

The party’s best bet to reach conservative Latino and Black voters? What are the alternatives?

But more important, Benjamin Wallace-Wells writes: ‘Then, too, almost all of Trump’s decline has taken place among white voters. Among Latinos—a crucial electoral coalition in the swing states of Florida and Arizona—Trump’s position has held steady and may even have strengthened.’

What the hell are these Latinos thinking? Do they believe they are white? Well, maybe they do.

At least we should be reminded that minorities are less homogeneous than some people think they are.

The Jew, the Black, the Latino, they don’t exist. You can exchange negative stereotypes for more positive ones, but it is still called prejudice.

‘We’ might be needed for change, for revolution, however you define ‘revolution’, but more often than not it’s an illusion.

People are unruly, they believe all kinds of things, even that Trump is an environmentalist, and sometimes they appear to belong to a group that should be united against evil, shouldn’t it?

People vote against their interests. It might be stupid, it might be unsound, you may want to outlaw it, but that’s called totalitarianism.

Perhaps we should let go of the dream of homogeneity, on all levels.