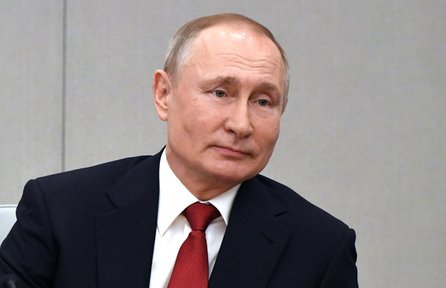 On Putin, over-optimism and the current occupant of the White House - H. R. McMaster, former national security adviser under Trump being interviewed by René Pfister, in Der Spiegel:

‘McMaster: We won the Cold War, but victory gave us over-optimism and complacency In the United States and Europe, we thought that with the collapse of the Soviet Union, free and democratic societies would finally prevail. We believed that the era of great power competition was over and that the peoples of the world would from now on tackle the great global problems together. The victory in the Gulf War in 1991 also reassured us that the U.S. and NATO militaries, because of our strength and technical superiority, were unbeatable. All of these assumptions proved false and resulted in a bitter disappointment.
DER SPIEGEL: To what extent? McMaster: The Sept. 11, 2001, attacks proved that a box knife is enough to hijack an airplane and murder 3,000 people. In addition, global power competition is coming back: China is threatening its neighbors in the South China Sea and trying to suppress the freedom movement in Hong Kong. And Russia dreams of being a great power again, which was shown, among other things, in the annexation of Crimea and the invasion of eastern Ukraine. The Europeans reacted too slowly to this, and the U.S. also made the mistake of withdrawing troops from Europe as Putin became more aggressive.’

‘McMaster: I saw it as my duty to serve any elected president. Since joining the military, my role model has been General George Marshall. He was the architect of the American victory in World War II and then planned the reconstruction of Europe. Marshall never took part in an election in his life. I did the same thing. I am not a supporter of a party; I do not want to be drawn into political trench warfare. But in Iraq and Afghanistan, as a soldier, I had to implement strategies that made little sense to me. They were based on some fantasy in Washington, but not the reality of the war on the ground. So, I wanted to take the opportunity to correct the strategic deficits that we have already talked about. I wanted the president to be able to base his decisions on the best possible analysis and expertise. But of course, I also had an inkling that it would be challenging to serve in the toxic partisan environment.
DER SPIEGEL: Did you know that your term in your position was coming to an end when the right-wing website Breitbart started a campaign against you and the hashtag #fireMcMaster began circulating online? McMaster: It was meant to make my job impossible. Behind this are people who weren't interested in serving the president, but had their own agenda. I chose to ignore it and focus on my job.
DER SPIEGEL: You’re talking about Steve Bannon, who was then Trump’s chief strategist, right? McMaster: It was a number of people who saw the effectiveness of our process as an impediment to their narrow agenda.
DER SPIEGEL: Bannon and others wanted the president to follow an isolationist course. You successor was John Bolton, the fiercest hawk in the Republican foreign policy camp.
McMaster: There may be an element of poetic justice in that contradiction.
DER SPIEGEL: In your book, you primarily describe Russia as a threat to the free world. What is dangerous about Putin? McMaster: Putin doesn't feel bound by our moral standards. For example, there is irrefutable evidence that the Russians shot down a passenger plane over Ukraine in 2014. Putin tried to kill former Russian intelligence officer Sergei Skripal with a nerve agent, endangering the lives of thousands of British citizens. Most recently, he tried to poison the regime critic Alexei Navalny. Putin denies all of this. He believes the West is weak and he can get away with murder, sometimes literally.
DER SPIEGEL: Many Germans remember another Putin who gave a speech in fluent German in the German federal parliament at the end of September 2001 -- a few days after the attack on the World Trade Center -- and who campaigned for peaceful coexistence between the U.S., Russia and Europe. Was it a mistake to turn down Putin's outstretched hand? McMaster: In the 1990s, the U.S. and the Europeans paid billions to Russia to help the country transform itself into a market economy. That failed because a criminal patronage network spread across Russia, which first brought down Boris Yeltsin and then promoted Putin's rise. In a speech in 2000, Putin himself declared that he wanted to restore his country to its old national greatness. We should not make the mistake of holding ourselves responsible for the most egregious acts of our enemies. This is what I call strategic narcissism in my book.’

‘DER SPIEGEL: John Bolton has made it absolutely clear that he thinks Trump is incompetent. It appears that you feel the same way. Why don't you say it? McMaster: There is a strange tendency in the U.S. to hold Trump responsible for all evil. He certainly contributed to the division in American society, but he is more a symptom than the cause.’

Yes, more a symptom than the cause. And it’s so practical and understandable to focus on the symptom, but in politics the symptom can become the cause.

Some unhealthy tendencies have been festering in the US for decades, mainly in the Republican party but not only there, and we all let it fester. The same, but to a somehow lesser degree can be said about Italy (the rise of Berlusconi, and what came after that), and France where Sarkozy inched closer and closer to Le Pen.

And by the way it’s not only Putin who believes he can get away with murder, remember Khashoggi?