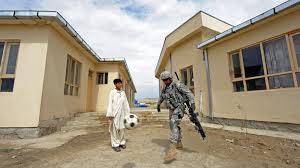 On how to right wrongs and on how not to – Peter Beinart in NYT:

‘The rightful president of Belarus, Svetlana Tikhanovskaya, appeared via video last month before the United Nations Human Rights Council. Her country’s August election, she declared, had been “stolen.” Despite objections from a representative of the Belarusian government, who said she had no right to address the body, Ms. Tikhanovskaya implored the United Nations to act. “Standing up for democratic principles and human rights is not interfering in internal affairs,” she insisted, “it is a universal question of human dignity.” No one knows how Donald Trump’s Covid-19 diagnosis will affect his presidential campaign, but before falling ill, he repeatedly suggested that he won’t accept the results of the election, should he lose. In that case, Joe Biden should follow Ms. Tikhanovskaya’s example and appeal to the world for help.’

‘After World War II, the sociologist W.E.B. Du Bois edited a 94-page pamphlet that the N.A.A.C.P. presented to every ambassador to the new United Nations. “Peoples of the world,” it declared, “we American Negroes appeal to you; our treatment in America is not merely an internal question of the United States. It is a basic problem of humanity; of democracy.” In 1951, the entertainer-activist Paul Robeson handed U.N. officialsa 200-page document alleging that America’s treatment of its Black citizens violated the organization’s convention against genocide. In 1964, Malcolm X beseeched Africa’s newly independent governments to “recommend an immediate investigation” into American racism by the U.N. Human Rights Council.’

The Future of Airbnb

Democrats must now win the popular vote by three, four or even five percentage points to be assured of winning the Electoral College. They must achieve that margin in the face of a strenuous Republican effort to ensure that many Democratic ballots are not counted. And even if they overcome both of those obstacles, Mr. Trump may still not concede.’

‘But that’s not the point. While appealing to international bodies may not change the election’s result, it could change the Democratic Party itself. Today, many prominent Democrats remain enthralled by the very myths about American exceptionalism that Black activists have long challenged.
They routinely exempt American behavior from the international standards to which they demand other countries comply. If, for example, China regularly sent drones into other countries to conduct extrajudicial killings not just of suspected terrorists but also of government officials, Democrats would denounce it as a grave violation of the “rules-based international order” they extol.’

The analysis of Mr. Beinart appears to me accurate, but I’m not so sure about his proposed remedy.

First, international organizations are weaker than Mr. Beinart seems to think. Secondly, I’m afraid that even many supporters of the Democratic party would not want international intervention in their backyard.

International intervention also called nation building died slowly in Iraq and Afghanistan, it will come back, everything comes back one day, but not anytime soon and not first in the southern states of the US.

The idea is great, the consequences will be grave, I hope that the Democrats won’t speak too much or better not at all about international bodies making sure the elections in the US will go smoothly.
Not to badmouth those organizations, but just not to alienate voters they might need very hard.

Yes, it would be nice if the people could be replaced by more enlightened people, but usually any attempt at this benign project ends in warfare, disaster and mass murder.