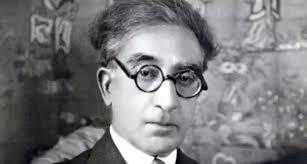 On Cavafy and grammar – Dan Chiasson in Thew New Yorker:

‘What we do know is that, in 1924, Cavafy’s homosexuality came to public light. It was a dispute about grammar—Greeks feel passionate about many things, but grammar would have to rank near the top of the list—that led Socrates Lagoudakis, a columnist for the local paper with inflammatory, somewhat comic opinions, to condemn Cavafy as “another Oscar Wilde.” (Cavafy had spelled the Greek for “New York” with a smooth breathing mark, contra Lagoudakis, who, whenever he mentioned New York, used a rough one. Things escalated from there.) Cavafy’s friends rallied to his side, and the whole episode quietly vanished.’

Disputes about grammar might end up being very dangerous, I don’t know enough about the Greeks to say whether they are passionate about grammar or about other things, I’m not even sure if Greeks are more passionate than let’s say the Swiss, how do you measure passion? – but it’s understandable that one mild annoyance leads to a full blown attack, and then everything is permitted.

And what you want to come to public light and what not is for all authors and artists a difficult matter. On the one hand, you want to be as open as possible, on the other hand you don’t want to provide your enemy with the weapons that will be used against you later.

But then again: everything you say or write can be a reason to torture you one day.

The amnesia of your enemies is a blessing.