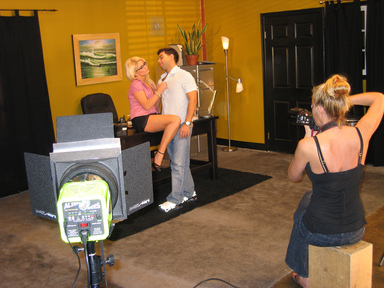 ‘Don’t shame you neighbors,’ a friend wrote me. He was referring to an article in NYT by Annalee Newitz why shaming doesn’t work:

‘Don’t wear masks! Actually, no, scratch that — wear them all the time! Stay in the house! Go outside! Get tested! Don’t get tested! Confused, afraid and desperate to survive, we turned to one of our favorite pastimes: public shaming.
Angry people posted pictures on social media of maskless crowds frolicking in parks without any social distancing. Politicians responded quickly, blaming the spread of the virus on summer holiday revelers, and local authorities shut down beaches across the nation. The message was clear. If you don’t obey the ever-changing guidelines, your neighbors will shame you on Instagram, and your government will punish you with park closings, fines, or worse.’

‘Shame doesn’t work.
Researchers Heidi Tworek, Ian Beacock and Eseohe Ojo co-authored a recent report on how nine countries and two provinces managed their coronavirus communications. What they found is that problems — and outbreaks — worsened when local authorities used shame tactics to enforce health guidelines.
As part of their report, the researchers offer a tale of two Canadian provinces: Ontario and British Columbia. Leaders in Ontario set up rigid rules for social distancing and mandatory mask-wearing, emphasizing that violators would be fined. Almost immediately, anti-mask protests broke out in major cities. Ontario Premier Doug Ford responded by publicly chastising the protesters, calling them selfish and reminding them that they would be punished. As protests continued, various public officials weighed in, trying to offer new rules that would ease tensions. Ultimately the messages about social gatherings became so confusing that epidemiologists believe it contributed to to a spike in cases. Even people who wanted to comply with guidelines couldn’t figure them out.

The province of British Columbia approached the pandemic very differently. Provincial Health Officer Dr. Bonnie Henry was the main voice of the government, and politicians largely ceded their platforms to her when it came to pandemic guidelines. Dr. Henry focused on flexible guidelines that have changed little: limit gatherings to fewer than 50 people, and keep those gatherings shorter and mostly outdoors. Masks were recommended, but not mandatory. She allowed individuals and businesses to make their own decisions about how to comply. Though the province imposed stricter fines in August to deal with a surge of cases among young people, Dr. Henry’s guidelines have remained the same.’

‘One lesson here is that empathy works as well as shame in the short term, and works far better over the long term — at least, if your goal is a stable democracy with citizens who trust one another.’

‘The U.S. has experience doing just that, during another health crisis: the H.I.V. epidemic. Early efforts to stop H.I.V. in the U.S. were scattershot, but in the early 21st century we developed a comprehensive national strategy, with messages about the virus coming from a central source. H.I.V. is no longer a death sentence to the extent that it once was, and local health authorities offer clear guidelines on how to avoid spreading it — sometimes, they offer free safer sex supplies to people who are at risk. This type of pragmatic intervention is exactly what we need with the coronavirus; ideally it would be led by the C.D.C. or a coalition of health care agencies.
We could also stand to borrow another strategy from the H.I.V. epidemic: widespread acknowledgement that people have social and sexual needs that can’t be denied. In the 1980s and 90s, many leaders tried to push an abstinence-only solution to the AIDS crisis. But this created backlash. People don’t like rigid restrictions, and they kept having sex anyway. Once health care educators changed their strategy, promoting safer sex guidelines, with everything from bus stop P.S.A.s to clever videos, many Americans adopted the new practices willingly. It turns out that trusting Americans to have safer sex is more effective than shaming them into celibacy.’

This is not about what should and what shouldn’t be done to fight you-know-what.

Shaming is not disgusting and amoral, it just doesn’t work.

And there’s a very interesting parallel with HIV, as deadly as the other pandemic, people didn't stop having sex, indeed I don’t believe that people reduced the number of their sexual partners after HIV as a professor in a Dutch newspaper today suggested. (Read it here, only in Dutch unfortunately.)

Keep also in mind that safe sex is not mandatory in most countries, only consciously infecting another person with HIV can be considered homicide or an attempt at homicide.