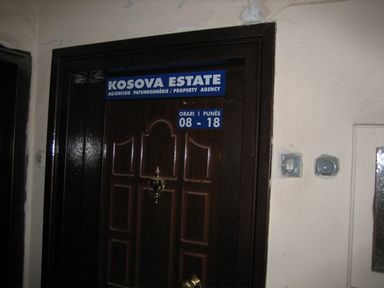 My favorite waiter at Sant Ambroeus, Benny, has disappeared.
It was Benny who introduced me to his brother in Kosovo and it was his brother who helped me a lot with my trip to Kosovo in the fall of 2006.
Benny, as most other Albanians in Kosovo, was eagerly waiting for the independence that, as is widely known, was finally declared today.
I wonder if the independence is going to solve the severe problems that Kososo is bowed down with. Kosovo might as well become the Bolivia of the Balkan: landlocked and forgotten.
But the biggest American military base in Europe is in Kosovo, so maybe there is hope.
I was reminded today of a conversation I had with a Serbian journalist in the divided city of Mitrovica, in the northern part of Kosovo.
He told me back in 2006 that the Serbian minority in Kosovo would resist independence. Till now the Serbs (and the Albanians) seemed to behave more or less rational.