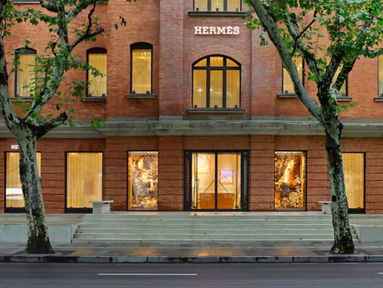 On the not so Swedish approach – Wang Xiuying in LRB:

‘Restrictions are diminishing everywhere in China. International flights are resuming, and friends who were marooned while visiting the US and Europe are flying back one by one. Plane tickets cost three to five times more than usual for an economy seat, and passengers have to comply with quarantine regulations on arrival: 14 days in a designated hotel, couples in separate rooms, no visitors allowed. They are tested almost every day, and have to put up with the not very desirable food provided – food delivery is out of the question. Afterwards, we throw a nice dinner party to celebrate their return to normal life. It’s the most we can hope for in 2020: a normal life. Other friends who are still stuck abroad (unable to get a flight or a visa) are missing a succession of delicacies: the crayfish season, the lychee season, the waxberry season, the durian season, the gordon euryale seed season, the sugar fried chestnut season, the pork mooncake season have all gone by. Will they catch the end of the mitten crab season, or will they have to wait another year? At first the Covid situation in the West was roughly two months behind China. But, as the Wuhan pool party shows, the Chinese experience has now diverged from that of Western countries. China began lifting lockdown in April. Cinemas were among the last public spaces to reopen, after museums, theatres, even Disneyland. After much complaining by the public (one executive from a big movie company jumped out of a window and killed himself), the government finally allowed them to reopen with strict social distancing rules. The first time I used my health code (a barcode that can be downloaded on your smartphone: ‘green’ means Covid-free, ‘red’ means immediate hospitalisation, ‘yellow’ means self-quarantine at home) was when I went to see Tenet at the cinema. I’d managed to dodge using this code for a long time, even when visiting hospitals (ID required) or checking in to hotels (ID and facial scan required). At the cinema, the seats around me were taped so no one could sit down, and masks had to be worn during the whole movie, which meant no popcorn or chicken wings. I’d think twice before going again.’

‘I thought people might have spent their time in quarantine contemplating the things that matter most in life. But apparently Chinese consumers had a different idea: they call it ‘revenge consumption’. In April, the Hermès flagship store at the Taikoo Hui mall in Guangzhou reopened, achieving a new sales record: 19 million RMB in one day. In August, the Louis Vuitton shop in Shanghai made 150 million RMB, almost double the amount it usually takes in a month. After a rumour spread that several luxury brands were planning to raise their prices, millennials started to queue outside the shops. Middle-class Chinese usually go abroad on holiday and to do their luxury shopping, but this year, thanks to Covid-19, the estimated $300 billion spent on overseas consumption is staying at home. This is good news for the government: boosting domestic demand is central to its latest economic strategy. Luxury goods are only part of it. Seven million couriers deliver food in China every day. An algorithm sets fixed delivery times, encouraging the couriers to ignore traffic laws to get to their customers in time, and avoid suffering a penalty. If they make the journey on time the algorithm closes in, making the time allowance shorter and shorter. We enjoy food from our favourite restaurants, fresh and hot, for a tiny delivery fee (5-8 RMB), and never think of the human costs behind it.’

‘At the other end of the political spectrum, young liberals quickly descend into a kind of accelerationism. The trade war with America, deteriorating relationships with many other countries, increasing nationalism, the South China Sea dispute, the Hong Kong National Security Law, and, especially, the global pandemic have shown everyone in China just how volatile history can be. President Xi has gained another nickname: ‘chief accelerationist’. For liberal optimists, things need to get worse before they can get better and acceleration looks like the quickest route to reconstruction. They invoke a Chinese proverb that says pain is easier to endure than an itch. But this optimism isn’t shared by most people, who feel only exhaustion and helplessness. When the US and China began closing consulates and recalling diplomats, some netizens cried: ‘Accelerate, accelerate! Sever diplomatic relations!’ Several books about the Hong Kong National Security Law were given a one-star rating by users of Douban (a major site where people review books, movies and music) as a way of expressing dissent, causing it to shut down its book-rating function for more than a month.’

‘Confucians have been quiet in recent discussions. Perhaps ruguan xue doesn’t fit with their high-minded notion of civilisation in which Han culture is the orthodoxy and far superior to all barbarians. Gongye dang doesn’t seem to have much moral purchase either. Neither ruguan xue nor gongye dang represent serious ideological debate with the West, since their proponents consider the terms to have been set by the West. Confucians used to aspire to universalism, preaching benevolence, integrity, loyalty, natural order and the concept of zhongyong – moderation, the middle way, no extremes. Unfortunately, in an era of social media and keyboard politics, the middle ground is the least attractive; you have to be QAnon-crazy to get an audience. But Confucianism has survived for thousands of years and survived the iconoclastic May Fourth Movement and the Cultural Revolution. Maybe it’s time to dust off some of its ideas, ‘benign monarchy’ perhaps, or ‘enlightened despotism’? Since representative democracy is no longer on the table, can we hope for a monarch who claims to have the best interests of his subjects at heart? If we’re lucky?’

Some in the West appear to long for a police state in the fight against Covid.

I have read praise for the Israeli approach and its second very strict lockdown, partly ‘necessary’ because of the ultra-orthodox, and by all means every year Israel is inching closer towards a police state.

This article by Wang Xiuying might serve as a wake-up call, but I’m afraid that the desire for total control and a rather total state is far bigger than the fear of being controlled 24/7.

Conquering the enemy, killing political and other sorts of freedom, we have seen it before. It still works.

By all means, wear a face mask, practice social distancing, wash your hands, and eat at least an apple a day, but remain afraid of the state. It’s completely illiberal to lose this fear.