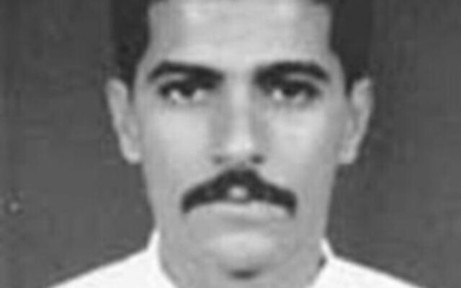 On assassinations and the netherworld of geopolitical intrigue – Adam Goldman, Eric Schmitt, Farnaz Fassihi and Ronen Bergman in NYT:

‘Al Qaeda’s second-highest leader, accused of being one of the masterminds of the deadly 1998 attacks on American embassies in Africa, was killed in Iran three months ago, intelligence officials have confirmed.
Abdullah Ahmed Abdullah, who went by the nom de guerre Abu Muhammad al-Masri, was gunned down on the streets of Tehran by two assassins on a motorcycle on Aug. 7, the anniversary of the embassy attacks. He was killed along with his daughter, Miriam, the widow of Osama bin Laden’s son Hamza bin Laden.
The attack was carried out by Israeli operatives at the behest of the United States, according to four of the officials. It is unclear what role if any was played by the United States, which had been tracking the movements of Mr. al-Masri and other Qaeda operatives in Iran for years.
The killing occurred in such a netherworld of geopolitical intrigue and counterterrorism spycraft that Mr. al-Masri’s death had been rumored but never confirmed until now. For reasons that are still obscure, Al Qaeda has not announced the death of one of its top leaders, Iranian officials covered it up, and no country has publicly claimed responsibility for it.’

‘American intelligence officials say that Mr. al-Masri had been in Iran’s “custody” since 2003, but that he had been living freely in the Pasdaran district of Tehran, an upscale suburb, since at least 2015.
Around 9:00 on a warm summer night, he was driving his white Renault L90 sedan with his daughter near his home when two gunmen on a motorcycle drew up beside him. Five shots were fired from a pistol fitted with a silencer. Four bullets entered the car through the driver’s side and a fifth hit a nearby car.
As news of the shooting broke, Iran’s official news media identified the victims as Habib Daoud, a Lebanese history professor, and his 27-year-old daughter Maryam. The Lebanese news channel MTV and social media accounts affiliated with Iran’s Islamic Revolutionary Guards Corps reported that Mr. Daoud was a member of Hezbollah, the Iranian-backed militant organization in Lebanon.
It seemed plausible.
The killing came amid a summer of frequent explosions in Iran, mounting tensions with the United States, days after an enormous explosion in the port of Beirut and a week before the United Nations Security Council was to consider extending an arms embargo against Iran. There was speculation that the killing may have been a Western provocation intended to elicit a violent Iranian reaction in advance of the Security Council vote.
And the targeted killing by two gunmen on a motorcycle fit the modus operandi of previous Israeli assassinations of Iranian nuclear scientists. That Israel would kill an official of Hezbollah, which is committed to fighting Israel, also seemed to make sense, except for the fact that Israel had been consciously avoiding killing Hezbollah operatives so as not to provoke a war.
In fact, there was no Habib Daoud.’

‘Iranian officials did not respond to requests for comment for this article. But on Saturday, after this article was published, the Foreign Ministry spokesman Saeed Khatibzadeh denied the presence of any Qaeda members in Iran. He warned American media “not to fall for the trap of Hollywood scenarios fed to them by American and Zionist officials,” according to a statement on the ministry’s website.
Spokesmen for the Israeli prime minister’s office and the Trump administration’s National Security Council declined to comment.
Mr. al-Masri was a longtime member of Al Qaeda’s highly secretive management council, along with Saif al-Adl, who was also held in Iran at one point. The pair, along with Hamza bin Laden, who was being groomed to take over the organization, were part of a group of senior Qaeda leaders who sought refuge in Iran after the 9/11 attacks on the United States forced them to flee Afghanistan.
According to a highly classified document produced by the U.S. National Counterterrorism Center in 2008, Mr. al-Masri was the “most experienced and capable operational planner not in U.S. or allied custody.” The document described him as the “former chief of training” who “worked closely” with Mr. al-Adl.
In Iran, Mr. al-Masri mentored Hamza bin Laden, according to terrorism experts. Hamza bin Laden later married Mr. al-Masri’s daughter, Miriam.’

‘Abu Muhammad al-Masri was born in Al Gharbiya district of northern Egypt in 1963. In his youth, according to affidavits filed in lawsuits in the United States, he was a professional soccer player in Egypt’s top league. After the Soviet invasion of Afghanistan in 1979, he joined the jihadist movement that was coalescing to assist the Afghan forces.
After the Soviets withdrew 10 years later, Egypt refused to allow Mr. al-Masri to return. He remained in Afghanistan where he eventually joined Bin Laden in the group that was later to become the founding nucleus of Al Qaeda. He was listed by the group as the seventh of its 170 founders.
In the early 1990s, he traveled with Bin Laden to Khartoum, Sudan, where he began forming military cells. He also went to Somalia to help the militia loyal to the Somali warlord Mohamed Farrah Aidid. There he trained Somali guerrillas in the use of shoulder-borne rocket launchers against helicopters, training they used in the 1993 battle of Mogadishu to shoot down a pair of American helicopters in what is now known as the Black Hawk Down attack.’

‘Mr. al-Masri was one of the few high-ranking members of the organization to survive the American hunt for the perpetrators of 9/11 and other attacks. When he and other Qaeda leaders fled to Iran, they were initially kept under house arrest.
In 2015, Iran announced a deal with Al Qaeda in which it released five of the organization’s leaders, including Mr. al-Masri, in exchange for an Iranian diplomat who had been abducted in Yemen.
Mr. Abdullah’s footprints faded away, but according to one of the intelligence officials, he continued to live in Tehran, under the protection of the Revolutionary Guards and later the Ministry of Intelligence and Security. He was allowed to travel abroad and did, mainly to Afghanistan, Pakistan and Syria.
Some American analysts said Mr. al-Masri’s death would sever connections between one of the last original Qaeda leaders and the current generation of Islamist militants, who have grown up after Bin Laden’s 2011 death.’

Or how a professional soccer play became one the shrewdest enemies of the Unites States.

Interesting is the part about the two Israeli operatives. The article carefully avoids writing or even suggesting that this was a joint Israeli-American operation. But if it was not a joint operation, are Israeli operatives for hire? And why would the US hire these operatives? Only because they don’t have a network in Iran, or at least not a network that is capable of performing certain operations i.e. assassinations.
Was this sheer revenge for past attacks or was it also meant to prevent future attacks?

The experts appear to be rather sceptic about the positive side effects of this operation in the jungle of the netherworld of geopolitical intrigue, by Iran labeled as ‘Hollywood scenarios’ produced by ‘American and Zionist officials.’