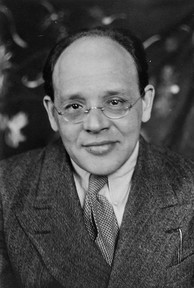 ‘Paustovsky's memoir illuminates Babel's aesthetic: "Writers, he said, should write in Kipling's iron-clad prose; authors should have the clearest possible notion of what was to come out of their pens. A short story must have the precision of a military communiqué or a bank check." He describes him at work: Babel would go up to his desk and stroke his manuscript cautiously as though it were a wild creature which had still not been properly domesticated. Often he would get up during the night and reread three or four pages by the light of an oil lamp. . . . He would always find a few unnecessary words and throw them out with malicious glee. He used to say, "Your language becomes clear and strong, not when you can no longer add a sentence, but when you can no longer take away from it."
One thinks of Hemingway in Paris, honing language to a fresh starkness, and Hemingway had read Babel, as he stated in a 1936 letter to Ivan Kashkin: "Babel I know ever since his first stories were translated in French and the Red Cavalry came out. I like his writing very much." But Hemingway included no Babel in his thousand-page anthology, "Men at War" (1942). "Red Cavalry" contains little war in the sense of clearly delineated military encounters; it is not even very clear that the Poles defeated the invasion of the Red Army, including the Cossack cavalry. One of Babel's political offenses with the book was, as an editorial headnote states, to give lasting publicity to this "disastrous campaign," the Bolshevik regime's rash "first venture at bringing Communism to the world." Another offense was to describe, with an inarguable terseness, the atrocities incidental to the military action—prisoners shot, women raped, children and elders slain and mutilated, churches and synagogues desecrated, even beehives torched.
Although the thirty-four stories in "Red Cavalry," some of them not much longer than the italic vignettes of war that Hemingway inserted in his collection "In Our Time," are told from several points of view, including that of a hardened soldier, the predominant impression is of a noncombatant's struggle to trail the military action while hungry, sleep-deprived, and billeted among Galician civilians as confused and helpless as he. Shtetls abounded in the border region of western Ukraine and eastern Poland, and the story cycle traces not only a bookish young Jew's attempt to learn war—to "fathom the soul of a fighter," to "understand life, to see what it actually is"—but Babel's homecoming, by way of witnessed Jewish suffering, to his own Jewishness.’

‘Cynthia Ozick, in an elegant introduction—offered along with a preface by Nathalie Babel and a foreword by the translator—makes the case that the time has come "to set Babel beside Kafka." Each "was an acutely conscious Jew," she says. "Each invented a type of literary modernism." The two of them "can be said to be the twentieth century's European coordinates." Both, she need hardly point out, died in their forties and left behind a fragmentary, truncated oeuvre; they are wounded authors. But, for all Babel's unblinking witness and electric, heroically wrought prose, of which a final measure of music and slangy pungency must inevitably be left behind in the Russian, it is hard to feel him Kafka's equal. Kafka could invent, and the forces that oppressed him were enough interior to be converted into giant fables, comic representations of modern man's cosmic unease. Babel's oppressors were exterior—the philistine censors and paranoid enforcers of the increasingly totalitarian revolution he initially supported and, to the end, sought to accommodate. But no imaginative conversion, and not even silence, once his talent had announced itself, could evade or placate them. Babel's art flourished in Lenin's false dawn. As darkness fell, he became his talent's warder; his vitality became his enemy.’

Kafka is Babel’s equal, as far as I'm concerned.

And I wholeheartedly agree, writing must have ‘the precision of a military communiqué or a bank check.’

I understand the attraction of flowery literature, with a few exceptions, it’s not my type of literature.
Stendhal, Flaubert, Cervantes, Jelinek, Kleist (Michael Kohlhaas) even Dostoevsky, the precision of a bank check is almost always there.