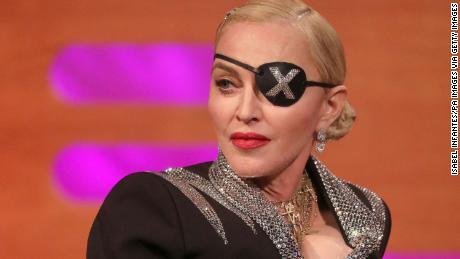 On profiling – Dorian Lynskey in the Guardian:

‘At the 1967 Monterey pop festival, David Crosby of the Byrds treated the audience to his thoughts on the murder of JFK. “He was not killed by one man,” Crosby declared. “He was shot from a number of different directions by different guns. The story has been suppressed, witnesses have been killed, and this is your country.” This incident, perhaps the first high-profile case of a musician airing a conspiracy theory, is one reason why Crosby was fired from the band. “He didn’t know anything more than anyone else,” grumbled frontman Roger McGuinn. “He was just trying to be Mr Cool up there.”

These days, the music world has multiple Mr Cools whose ideas about secret plots make Crosby’s seem vanilla. Covid-19 has triggered a flood of conspiracy theories often involving some combination of 5G, Bill Gates, the World Health Organization and microchips. Musicians who have shared them include Madonna, Ian Brown, MIA, Ice Cube, Wiz Khalifa, Right Said Fred, Jim Corr, the The’s Matt Johnson and Sugababe Mutya Buena. Robbie Williams, meanwhile, has expressed a belated interest in the 2016 Pizzagate theory. “Nothing has been debunked,” he said in June, as if white-supremacist allegations of a child sex ring in a Washington DC pizza restaurant required further investigation.’

‘The typical psychological profile of a conspiracy theorist – arrogant, stubborn, proudly heterodox – also fits many performers. Some are autodidacts, attracted to the juicy secret knowledge that you won’t get from the mainstream media, while lacking the analytical tools necessary to sort the wheat from the chaff. And given that musicians who express an interest in politics are disproportionately leftwing, it’s inevitable that a minority will drift to its furthest fringes. When you’ve educated yourself about real conspiracies, such as those involving the FBI and CIA, it is tempting to migrate to ones that don’t exist. Prodigious weed-smoking may also play a part.’

‘The current paranoia boom is the predictable result of having a bunch of isolated people starved of their usual sources of income and attention. But are musicians that unusual? You can also find actors and TV stars plugging Covid conspiracy theories, not to mention academics, Uber drivers and plumbers. The difference is publicity: Madonna will get more coverage than your aunt on Facebook.’

Okay, stars are just human, all too human.
And prodigious weed-smoking can be found in many segments of society.

Your Uberdriver and Madonna, your plumber and MIA, what they have in common is a theory or two.
What’s shared humanity these days? The conspiracy theory.