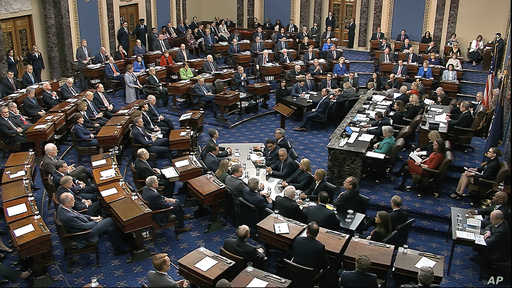 On education – Jennifer Senior in NYT:

‘According to the Congressional Research Service, more than one third of the House and more than half the Senate have law degrees. Roughly a fifth of senators and representatives have their master’s. Four senators and 21 House members have M.D.s, and an identical number in each body (four, 21) have some kind of doctoral degree, whether it’s a Ph.D., a D.Phil., an Ed.D., or a D. Min.
But perhaps most fundamentally, 95 percent of today’s House members and 100 percent of the Senate’s have a bachelor’s degree or higher. Yet just a bit more than one-third of Americans do.’

‘Five years ago, Nicholas Carnes, a political scientist at Duke, tried to measure whether more formal education made political leaders better at their jobs. After conducting a sweeping review of 228 countries between the years 1875 and 2004, he and his colleague Noam Lupu concluded: No. It did not. A college education did not mean less inequality, a greater G.D.P., fewer labor strikes, lower unemployment or less military conflict.’

‘One, from Politico, shows that House and Senate Democrats are much more likely to have gone to private liberal arts colleges than public universities, whereas the reverse is true of their Republican counterparts; another shows that congressional Democrats are far more likely to hire graduates of Ivy League schools.
This class bias made whites without college degrees ripe for Republican recruitment. In both 2016 and 2020, two thirds of them voted for Trump; though the G.O.P. is the minority party in the House, more Republican members than Democrats currently do not have college degrees. All 11 are male. Most of them come from the deindustrialized Midwest and South.
Oh, and in the incoming Congress? Six of the seven new members without four-year college degrees are Republicans.
Of course, far darker forces help explain the lures of the modern G.O.P. You’d have to be blind and deaf not to detect them. For decades, Republicans have appealed both cynically and in earnest — it’s hard to know which is more appalling — to racial and ethnic resentments, if not hatred. There’s a reason that the Black working class isn’t defecting to the Republican Party in droves. (Of the nine Democrats in the House without college degrees, seven, it’s worth noting, are people of color.)’

‘It’s hard to say whether more socioeconomic diversity would guarantee differences in policy or efficiency. But it could do something more subtle: Rebuild public trust.
“There are people who look at Congress and see the political class as a closed system,” Carnes told me. “My guess is that if Congress looked more like people do as a whole, the cynical view — Oh, they’re all in their ivory tower, they don’t care about us — would get less oxygen.” When I spoke to Representative Troy Balderson, a Republican from Ohio, he agreed, adding that if more members of Congress didn’t have four-year college degrees, it would erode some stigma associated with not having one.’

Once again we must realize that education is not a panacea.

Yes, maybe we should have more politicians without a college-degree.
But we could also conclude that a lottery (think of the juror system) works better than elections. I’m all in favor of democracy, but these contests in popularity (elections) that (most often) depend on male charm (i.e. the rather aggressive persuasion of people who do not want to be persuaded) could use some refreshing changes.