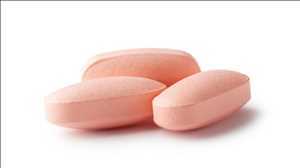 On violence in 2020 – Laura Spinney in The Guardian:

‘Those who did commit traditional-type crimes adapted their ways of working. Armed robbers in California realised that face masks offered convenient anonymity, as did two fastidious men who held up a post office in Luton, England, sporting latex gloves.
Thieves coveted new categories of objects. Oxygen canisters were stolen from hospitals; food banks were raided. And though violent crime fell in general, during lockdown a new category of assault came into being: malicious coronavirus coughing. When the culprits are children, they risk exclusion from school. Adults, whose victims have included key workers, risk prison.
Also bucking the general decline in violence was a rise in domestic abuse during and immediately after lockdown. This crime is dramatically under-reported as a rule, but charities reported a big increase in calls for help and evidence that the violence was escalating quickly – something police had anticipated.’

‘Disruptions to global supply lines have affected illegal as well as legal markets. Data is rare on the impact of Covid-19 on human trafficking, but experts feared it wouldn’t be good, and there are indications that they were right.
Ilias Chatzis, of the United Nations Office on Drugs and Crime (UNODC) in Vienna, points to reports of women trafficked for prostitution being abandoned without papers or means of support at their destinations.
And though migration dropped dramatically when borders were closed, the push factors driving it are as strong as ever. “For people fleeing war, persecution or extreme poverty, a possible infection by Covid-19 in a safe country might be seen as a risk worth taking,” says Chatzis.
Drug smugglers have had to navigate less porous borders, too. To begin with, says Niamh Eastwood, the executive director of the UK centre for drug expertise Release, the UK’s illegal drug market proved remarkably resilient. Many dependent users turned away from heroin toward synthetic benzodiazepines, not because the heroin dried up but because their income from begging and shoplifting did – and “street benzos” are cheaper. “People can buy them for less than a pint [per pill],” says Eastwood.
Suppliers of party or club drugs, on the other hand, saw their market collapse during lockdown, only to revive later in the year. Now, though, droughts are pinching across the board, says Fiona Measham, a criminologist at the University of Liverpool.’

‘As new illegal markets emerged, the dark web embraced them. There was a roaring trade in PPE to begin with, and as early as March before a real Covid-19 vaccine was more than a glint in any pharmaceutical company’s eye you could purchase something masquerading as one for as little as $200 (though prices went up into the tens of thousands of dollars).
Were they sugared water? Experimental vaccines stolen from bona fide labs? Or concoctions made from people who had recovered from Covid-19? Nobody knows.
Occasionally, darknet vendors found some scruples. “You do not, under any circumstances, use Covid-19 as a marketing tool,” one darknet marketplace warned its users. “We have class here.” But the surge in cybercrime spurred by the pandemic goes far wider than profiteering, says Benoît Dupont, a criminologist at the University of Montreal, Canada. Although some of it is organised, albeit by different groups than are active in traditional organised crime, plenty of sole traders and bedroom entrepreneurs have got in on the act.
The youngest perpetrators – some as young as 12 – may have been motivated by boredom or frustration, but it was also a case, again, of a gigantic opportunity. Witness the fraud that has parasitised government schemes offering financial support, with their light-touch checks.
The speed with which cybercriminals have reacted to the news cycle has been breathtaking, says Dupont. A front of phishing attacks, sometimes purporting to hail from well-known public health organisations, started in Japan in early February, swept into Europe in March, then invaded North America.’

‘Since then, several fake Covid-19 vaccines have been seized, police have taken down online ads for others, and there have been reports of vaccine thefts and cyber-attacks on organisations that will distribute the real vaccines.
On 2 December Interpol issued an orange notice warning that vaccine crime represented “a serious and imminent threat to public safety” and calling on law enforcement agencies globally to stay alert. Since fraudsters were already hawking supposed Covid-19 vaccines back in March, nobody thinks the threat is hollow.’

Of course, you can be an anticapitalist but human desire will always turn out to be a gigantic market.

How this market functions differs from time to time, place to place.

Most religions and morality philosophy have tried to suppress human desire, the side effects were mostly nasty and the results were uneven to say the least.

The desire is bigger than us.