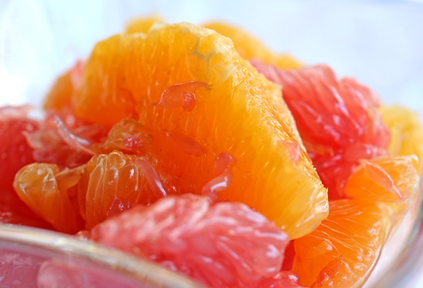 In comparison to most European interviewers an American interviewer operates more like a doctor. He wants to get the information he needs and then he moves on to the next patient. It was for good reason that I was pleasantly surprised when an American interviewer recently joined me in drinking some wine during the interview.
The European interviewer (I generalize but nevertheless) would like to give you the impression that he is having a good time and he would like you to have a good time as well.
Last night I had dinner with a German journalist.
The journalist had already eaten, so he limited himself to fruit salad. (My favorite dessert)
He talked a lot about himself, which I didn’t mind at all.
I’m not sure if it was part of his strategy or he did it because he really liked the conversation.
Whatever it was it was enjoyable for me as well.
The obvious questions can get tiresome. The same can be said about the obvious answers.