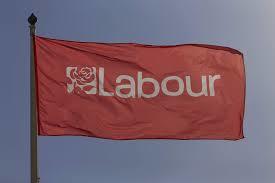 On strategy – Aditya Chakrabortty and Jessica Elgot in The Guardian:

‘Labour must make “use of the [union] flag, veterans [and] dressing smartly” as part of a radical rebranding to help it win back the trust of disillusioned voters, according to a leaked internal strategy presentation.
The presentation, which has been seen and heard by the Guardian, is aimed at what the party calls “foundation seats”, a new term for the “red wall” constituencies that handed Boris Johnson a landslide in 2019, and other seats it fears could also turn blue. It will be seen as a marker of how concerned Labour is about its electoral position.
It reveals that voters could not describe what or who Labour stands for. While the Labour leader, Keir Starmer, is rated by voters as the party’s biggest positive driver, concerns were voiced about him “sitting on the fence”.’

‘Labour’s new strategy is based on extensive focus groups from Watford to Grimsby conducted in September alongside nationwide polling. The findings are being briefed to some politicians and senior staffers now, and already appear to be shaping Labour’s communications and policy-making.
The presentation suggests that displays of patriotism are needed to reinforce that the party has changed. One slide says: “Belonging needs to be reinforced through all messengers,” while another is headed “communicating Labour’s respect and commitment for the country can represent a change in the party’s body language”.
Among the top recommendations is: “The use of the flag, veterans, dressing smartly at the war memorial etc give voters a sense of authentic values alignment.” Approached for a response, a senior Labour official said the language came from the agency’s research rather than their own phrasing.’

‘Earlier this week Starmer presented a party-political broadcast beside a union flag and promising to “rebuild our country”. Red wall voters have also been targeted with a Facebook advert, which demands the Tories get tougher on border control, something which Labour emphasised in an opposition day debate on Monday.
“Britain is locked down. But the borders are open. Any idea why?” the ad said, attracting criticism for language describing the hotel quarantine system that would more normally be used in xenophobic attacks on immigrants.
The strategy warns the party to brace for a backlash from “Scots and younger remain voters”, especially ahead of the Holyrood elections in May.
The strategy accepts that Labour has “excluded” and “ignored” once-core voters, which the presentation appears to blame on Jeremy Corbyn’s leadership, under which the party is described as a “party of protest”, expressing “unpatriotic” sentiments, with “arrogance” and “idealism”.’

‘A Labour party spokesperson said the presentation consisted of conclusions reached by a third party rather than Labour officials. “This is a report by an external organisation from September 2020. It deals with pre-existing perceptions of the party. Keir [Starmer] and Angela [Rayner, deputy leader] have been very clear that Labour has a mountain to climb to win in 2024 but is on the right path.”’

This is almost delicious, as far as a tragedy can be delicious.

I was and I’m no fan of Corbyn and its political brand, and the word ‘idealism’ too often has been abused by incompetent power-hungry people who were spreading the gospel without theological knowledge, but by all means, if the leftist have nothing else to offer but smart dresses and the flag they deserve Boris Johnson.

Fair enough, the consequences of certain identity politics might as destructive as this strategy (to believe in fighting whiteness or to believe in dressing smartly, it comes down to clownish absurdity, perhaps one strategy is more conscious about it than the other) but it’s hard to deny the sadness.

On the other hand, let’s be optimistic. In earlier times leaders would have told their followers: we go to war, by spring we’ll be in Paris, by summer we’ll all be in paradise.

Nowadays, the leaders just tell their constituents: ‘Wave the flag, people. I found out that’s not about economy, my pollsters told me, you need emotion, you need a story. Well, here’s the story. I dress smartly, you dress smartly. I wave the flag; you wave the flag. I love you and you love me. Now go home and fuck yourself.’