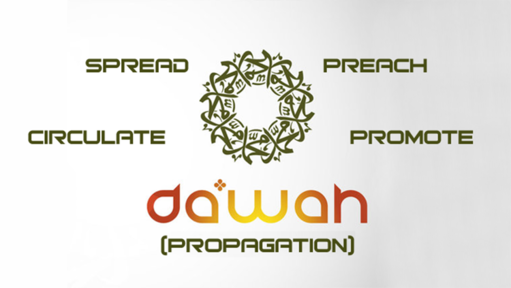 ‘Over the years, many analysts have tried to “follow the money” when it comes to the intended and unintended consequences of the Saudi Wahhabi religious proselytization effort. This promotion of both dawa(the call to convert to Islamism) and jihad (armed struggle) has bedevilled pluralist and genuinely moderate Muslims all over the world for nearly five decades. In the years after 9/11, the connection between extremist ideologies and terrorism became a subject of burning interest to many Americans. Yet even as the US government confronted explicitly terrorist organizations by engaging them militarily, cutting off funding, and targeting their leadership, a sustained effort to tackle extremist Islamist proselytizing failed to materialize.
In her important new book The Call: Inside the global Saudi religious project, Krithika Varagur carefully and methodically investigates the sprawling Saudi proselytization efforts in two of the world’s most populous countries, Indonesia and Nigeria, and in one politically fragile country in the Balkans: Kosovo, formerly a part of Yugoslavia.’ (…)

‘No one person, no single organization, has really been “in charge” of the effort. This is both a key strength and crucial weakness of Saudi dawa. Varagur demonstrates through the rise of “rogue” individuals – people who were trained and nurtured by the Saudis before they became impervious to restraint from above and engaged in militant jihad on their own terms – that the Saudis have effectively created a monster they cannot control. Although they intended to use dawa and religious “soft power” to gain influence and bolster the domestic legitimacy of the royal family against allegations of un-Islamic hedonism, the Saudis could not control when and where extremist dawa morphed into jihad. Sometimes the jihad was fought in areas where it was deemed appropriate (Afghanistan, Yugoslavia), but at other times it erupted in areas where Saudi authorities would not countenance it (particularly in Saudi Arabia itself, where terrorists have regularly accused the royal family of betraying Islam).
Secondly, Varagur also documents an intriguing phenomenon: young, intelligent Muslims, trained in Wahhabi ideology at Saudi institutions, who nevertheless became genuinely pluralistic, disenchanted with fanaticism and extremism. The Kosovo Imam Drilon Gashi was educated at the Islamic University of Medina but turned away from Wahhabism due to his own scepticism.’

‘Previous studies of Saudi dawa have frequently revolved – for good reason – around “terror and textbooks”. Varagur convincingly shows that it has gone far beyond this. Yes, she argues, Saudi dawa has sometimes resulted in explicit acts of violence. Mostly, however, it has produced zealous intolerance, fractured pluralism and placed a durable, corrosive burden on politics and society that does not quite cross the threshold of violence. In fragile societies where political institutions are already precarious, the effects of Saudi dawa can have devastating and highly unpredictable consequences. The presence or absence of violence is the wrong metric to use to measure the severity of the damage.’

‘What can be done about all this? Varagur demonstrates how, although today’s dawa effort remains powerful, it is not as influential as the one that existed prior to 9/11. For one, the Saudi leadership is increasingly wary of fanaticism in religious matters, as stated by Crown Prince Mohammed bin Salman. The extent of MBS’s own commitment to genuine pluralism remains, as yet, unclear, as he has engaged in acts of absolutism that have caused concern in the West, even as he has deflected personal responsibility for the elimination of Jamal Khashoggi.’

‘With a dose of sombre realism, Varagur notes that the future may depend less on what the Saudi leadership decides to do than on what other countries are already doing. In recent years, a growing competition has arisen to provide ideological leadership in the Islamic world. In prior decades, this effort was unquestionably led by Saudi dawa, but today the world also faces Qatari, Turkish and Iranian attempts to exert influence, all of which facilitate extremist ideologies in other countries, and all of which present a challenge to pluralist opponents of an uncompromising Islamism.’

Hirsi Ali treats the killing of Khashoggi fairly casually – she follows Mr. Trump on this matter, which of course does not mean that the Democrats have not looked the other way when allies engaged in political killings. Reforms in Saudi Arabia? I’m doubtful. Only necessity will lead to real reforms and probably to the implosing of the House of Saud.

If imam Drilon Gashi could resist Saudian influence, why not others? Apparently, the influence is limited.

Furthermore, Hirsi Ali suggests, and maybe she is relying on Varagur, that Iran is looking for influence in more or less the same way as Saudi Arabia is. Iran of course is sponsoring Hezbollah and has a few dogs in the fight in Syria, but this can hardly be compared to the both sophisticated and clumsy attempts of Saudi Arabia to get political influence via its particular brand of Islam.

(I’ve met during my trips to the Middle East several Muslims who believed that the export of Wahhabism is an operation financed and supported by the West. This is mainly a conspiration theory, but in this case it is not hard to see why people believe in it. Whatever Saudi Arabia does, it remains a friend of the West, the West remains a friend of Saudi Arabia.)

Power is the goal, religion a tool. Almost always, but in this case it’s so clear that it becomes slightly embarrassing.