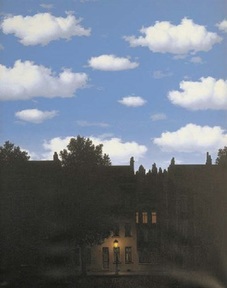 Two ladies in their early thirties were talking loudly at a restaurant nearby my apartment. It was almost impossible to concentrate on my book, but I don’t blame then, the conservation was entertaining enough.
First, one of the ladies lamented for at least ten minutes about a roommate, a dentist, who had tested positive for Covid, but had refused to go a hotel. ‘She wanted to open the windows,’ the lady said full of disgust.
Then she told a story about how she was forced to go to a hotel with her dog, which was hard for the dog, because he missed his home a lot, and the hotel turned about to be awful. I’m not sure why exactly, there were no specific complaints, but she hinted at dirt, a fairly unpleasant bed and a room that was too small for a lady and her dog.
She presented the roommate dentist with half of her hotel expenses, that was $750.00, but the roommate dentist refused to pay.
Suddenly the other lady interrupted the first one and started talking about a white working class-friend of her who had used slang that he was not supposed to use because it was black slang.
She was as disgusted with her working class-friend as the other lady with her roommate dentist.
The second lady said, ‘those working class-people have no empathy for minorities, because they always think they are the only ones with hardship.’ The first lady was now looking on her phone. She nodded. The white working class-people were a pain in the ass, so much was for sure, they were the big obstacle preventing universal justice from spreading quickly and victoriously over this planet.
I paid. I must say that I felt some pity for the working class-friend of the lady, his sin seemed to me rather small, he had used slang that was not – how should I call it – his mother tongue.
One day, speaking French will be a sin, if you are not from France or from one of the former colonies of the empire of the light.
Come to think of it, former presidential candidate Kerry was ridiculed for speaking French.
The race to the bottom can feel quite real.