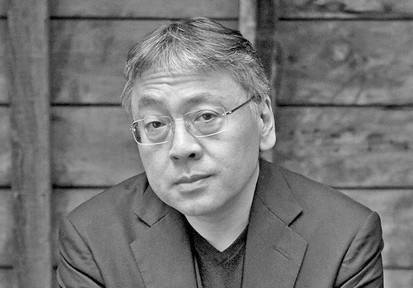 On an artificial friend and experiments – Edmund Gordon in TLS:

‘Hope, in Kazuo Ishiguro’s novels, has always looked a lot like denial. His narrators – or in the case of The Buried Giant (2015), the characters with whom his narrator is chiefly concerned – avoid confronting the sadness of their lives by focusing on some task that they’ve convinced themselves will, if it can be successfully performed, redeem everything. Stevens, the butler in The Remains of the Day (1989), hopes that he can persuade the former housekeeper of Darlington Hall to return to her job, and in so doing resuscitate his wasted romantic opportunities with her. Ryder, the world-famous pianist in The Unconsoled (1995), and Christopher Banks, the world-famous detective in When We Were Orphans (2000), both hope that by fulfilling what they take to be their parents’ expectations of them, they will somehow make up for their ruined childhoods. Kathy, the cloned organ donor in Never Let Me Go (2005), hopes that if she can only bring her friend Tommy’s artworks to the attention of the right person, they will both be spared from having to “complete”. Whether the particular task is accomplished or not, the hopes invested in it are revealed to have been fantastical; and towards the end of each of these books there is a sentence in which the smooth surface of the writing cracks wide open, as the narrator is brought face to face with whatever it is they have been avoiding, in a moment of staggering emotional power.
In Klara and the Sun – Ishiguro’s first novel since he was awarded the Nobel Prize in Literature, in 2017 – the limitations of the narrator’s viewpoint are made obvious from the start. Klara is an AF or “Artificial Friend” – a sort of highly intelligent domestic robot – and her account opens when she is still awaiting purchase in a store.’ (…)

‘Even when she does more or less understand what it is she is looking at, she sometimes (apparently due to a processing glitch, though this isn’t spelled out) encounters the scene not as a single image but as a sort of poorly assembled jigsaw puzzle, divided at random between a number of separate boxes or panels. The effect is of a double estrangement – a strange perspective on a strange world – and it is often hard to build an even remotely clear mental picture of what’s supposed to be happening. It doesn’t help that Klara’s observations are delivered with Ishiguro’s usual aversion to precise physical detail. Several passages – such as the following description of a car journey – seem almost to aspire to the condition of abstract art: Soon the scenes were changing so rapidly around me I had difficulty ordering them. At one stage a box became filled with the other cars, while the boxes immediately beside it filled with segments of road and surrounding field. I did my best to preserve the smooth line of the road as it moved from one box into the next, but with the view constantly changing, decided this wasn’t possible, and allowed the road to break and start afresh each time it crossed a border. Despite all these problems, the scope of the view and the hugeness of the sky were very exciting. The Sun was often behind clouds, but I sometimes saw his patterns falling right the way across a valley or sweep of land.
“Sun” is capitalized in this passage, as it is throughout the novel, because Klara views that ball of ionized plasma as a benevolent and omnipotent deity.’

‘It should be apparent from this quote – if it wasn’t from everything I’ve written so far – that Klara and the Sun is a pretty strange piece of work. In its mixture of high-concept sci-fi premiss and intimate human drama, the previous book by Ishiguro that it most obviously resembles is Never Let Me Go. But I’m not sure it doesn’t have at least as much in common with The Unconsoled and When We Were Orphans, that thrillingly original and ineffably haunting pair of novels, in which perfect strangers turn out at second glance to be the narrator’s immediate family, and long-lost childhood friends suddenly materialize in the most improbable of circumstances, without anyone seeming to bat an eyelid. There is no internal evidence, in either of those books, against which to measure the narrators’ reliability: no way, in other words, of drawing a meaningful distinction between the world of the novel and the details of its narration. The new novel is less flamboyant in its flouting of literary norms, but it carries a similar sense of pervasive oddness. It is hard to know quite what to make of it when Klara credits the Sun with performing a miracle, or suggests that destroying a single machine will rid the world of “Pollution”, and all the other characters seem to take her at her word.’

‘Hope, in this novel, isn’t the opposite of acceptance but of despair; it isn’t a mechanism for denying reality so much as a purposeful way of experiencing it. And some of the time, it might even be the most reliable way there is.’

When a reviewer writes about ‘a pretty strange piece of work’ you can be assured that the reviewer is at a loss, which is not so strange because apparently in this novel we see the world through a sensitive and intelligent Artificial Friend.

What intrigues me, and I haven’t read the novel yet, that a book about an artificial friend invites the reader to see hope as a form of experiencing reality, at least according to Edmund Gordon.

Reading this review it struck me that the reviewer himself looking for meaning may have missed the most obvious explanation, the Artificial Friend is the novel itself.