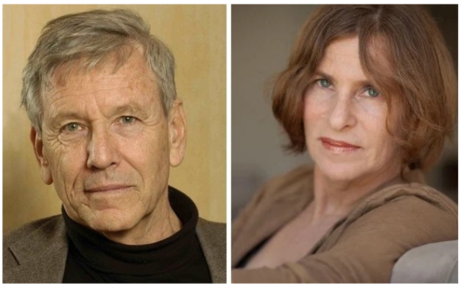 On fathers and daughters – Haaretz published the first chapter of Galia Oz’s memoir, she is the daughter of Amos Oz:

‘When I was a child, my father beat me, cursed me and humiliated me. The violence was creative: He dragged me from the house and tossed me into the yard. He called me filth. This wasn’t a passing loss of his temper or a slap on the cheek here and there, but a routine of sadistic abuse. My crime was me myself, and so the punishment was endless. He had a need to be sure I would break.’

‘My father beat my mother. It happened in my presence. But she completely abnegated herself before him, and on the rare occasions when she dared to show anger or pain he crushed and silenced her. When it came to me, they were a united front. She cooperated with him and found excuses to distance me. I was rejected and hated, but they didn’t shut me out completely. Tyranny requires victims and, like all battered children, I came back again and again seeking closeness, hoping that something would change.’

‘And there was this thing that assumed the guise of love, that was presented as an absolute fact in public and within the family circle, which erased all doubts and preemptively silenced any rebellious thoughts. To this day, I can hardly believe how effective and hermetic this structure was. I was a child, but there was no childhood. Decades passed before I understood that the violence did not disappear when I became an adult; it just took on a different form. That this pattern of intimidation and denial never changed until the day my father died.’

Amos Oz, the author who was named ‘the Dostoevsky of the Jewish people’ by President Reuven Rivlin a wifebeater, a father guilty of child abuse? All is possible.

The other children of Amos Oz and his wife have defended Amos Oz without attacking Galia Oz.

It’s hard to know what really happened. And since Amoz Oz is dead it is not a judicial matter anymore, if it ever was such a matter, even Galia herself states that it wasn’t.

The private lives of authors, painters and filmmakers should not be confused with appreciation or the lack of it for their works.

You can be a parttime monster and produce great novels and movies.
If literature taught us one thing it should be this.

The idea that the impeccable person should create more or less impeccable art, probably also morally uplifting, is an idea that belongs to the past, the times that the church still wanted to regulate what we read and what we see.
New churches are trying to impose more or less the same ideas as the old church but disguised as progress.

It’s time to realize that the grey zone is real, the monster is near, maybe standing in our kitchen. Saints don’t produce art, they produce sainthood.