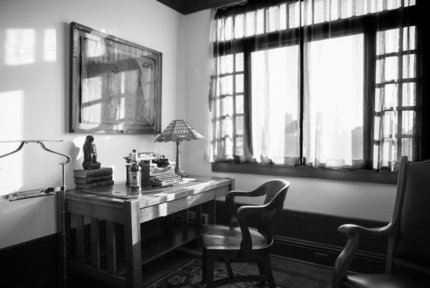 On love, aloneness and emotional exile – Vivian Gornick in NYRB:

‘Over a period of some fifty-odd years Alfred Hayes worked as a reporter, a screenwriter, a novelist, and a poet. When he died in 1985 he left behind seven novels, three volumes of poetry, a collection of short stories, and at least a dozen screenplays. During the past decade New York Review Books has republished three of the novels, In Love, My Face for the World to See, and The End of Me. Taken as a whole, these books, written in the 1950s and 1960s, are the jewel in Hayes’s crown: the explanation for why he has recently become something of a passion for those who find in his writing the mastery that makes a work of literature take up a permanent place in a reader’s inner life.
Alfred Hayes was born in London in 1911, grew up in New York City, and died in Los Angeles. His family was Jewish, working-class, and on the left: Hayes took class struggle seriously all his life.’

‘Although Hayes’s lifelong awareness of class struggle never lost its edge, in Hollywood it was transmuted into a deepened sense of human avarice that no political theory could adequately account for. The narrator of his 1958 novel, My Face for the World to See, lets us know that, at first, it seemed to him that “there was something finally ludicrous, finally unimpressive about even the people who had all the things so coveted by all the people who did not have them,” but later he had a feeling “that there was something sinister about the way these people lived.” It struck Hayes forcibly that the Hollywood obsession with making it was responsible for some of the most soul-destroying behavior humanity was capable of. If you were successful, you could and did inflict horrifying humiliations on those who were not; if you were on the outside wanting in, you were capable of prostituting yourself to an equally degrading extent. The preoccupation in Hollywood with its definition of worldly success never let up. “At this very moment,” Hayes wrote in My Face for the World to See, the town was full of people lying in bed thinking with an intense, an inexhaustible, an almost raging passion of becoming famous if they weren’t already famous, and even more famous if they were; or of becoming wealthy if they weren’t already wealthy, or wealthier if they were.
For Hayes, Los Angeles had become emblematic of an America where not only did love not thrive, the impulse to trust—oneself as well as others—often seemed to be draining steadily away.’

‘For the consumers of the pulp fiction and gangster movies of the time, none of this was news. Writers, working in a vein that grew from American anomie, steadily chronicled the misfortunes of a population of women and men now genuinely adrift. In the middlebrow novels of John Steinbeck it was sharecroppers and itinerants who bore the brunt of a failed and heartless capitalism, but in the pulps it was the urban loner, cold-eyed rather than cowed, who dominated. This figure is America’s answer to European modernism’s deracinated antihero. Alone as alone can be, he (it’s almost always a he) gradually becomes the man who must decide for himself just how far he can go when his back is to the wall. Pretty far, it turned out. As the film critic Robert Sklar put it, this was a genre driven by a plot about “a crime told from the point of view of the criminal.” During the Great Depression, when half the world felt they were being treated like criminals, readers and moviegoers couldn’t get enough of it.
At the end of the 1930s, a new level of American writing emerged—at ease with pulp, even inspired by it, yet in a class all its own. This work made inner isolation visceral, but it went farther and struck deeper by making passion and murder psychologically artful. It also electrified by putting sexual relations rather than social realism at the center of its actual subject: the human capacity for betrayal.
When the hard-boiled novels of writers like James M. Cain, Raymond Chandler, and Dashiell Hammett were transferred to the screen in the 1940s and 1950s, exhilarating movies such as The Postman Always Rings Twice, The Maltese Falcon, and Murder, My Sweet made audiences shiver over lives dominated by hungers (transgressive and otherwise) destined to lead either to a bullet in the back or the electric chair. These movies—filmed mostly in haunting shadow or on streets made sinister by darkness and rain, and with sex continually smoldering in the background—excited a romantic melancholy in viewers that elevated their status from B to A.
It wasn’t the words put in the mouths of the characters that made these movies thrilling; it was rather a tone that the films achieved, some ineffable sense of things that spoke, guardedly but undeniably, to antisocial desires, unattainable intimacy, psychological drift. Today, much of the dialogue in these movies can sound laughable. Take In a Lonely Place, for instance, in which the protagonist confides, “I was born when she kissed me. I died when she left me. I lived a few weeks while she loved me.” But watch the movie to the end and, never mind the sex and danger, I guarantee a strong sense of emotional exile will wash over you.’

‘A man of almost forty, a failing screenwriter who shall remain nameless, meets a woman of twenty-two (also nameless), slightly shopworn, at a bar in Manhattan. He, married but separated from his wife, lives alone in a midtown hotel; she, divorced and with a child she has stashed with her parents, in a tiny apartment in a bad neighborhood. Each of them is waiting for someone or something to rescue them from their stalled lives. They fall into bed, then into an erotic connection that resembles love. What follows is a hundred-odd-page account, related in the first person by the man, detailing the unholy course of an affair that comes to seem emblematic of the times, yet psychologically timeless.’

‘Within a matter of months the woman (always the one more on edge) commits an act of sexual duplicity that takes the narrator by surprise. Her infidelity turns on the proposition of Howard, a besotted businessman who offers her $1,000 to sleep with him for just one night. She is shocked, by both the figure and the temptation, but relates the offer to the narrator as though it’s a big joke. Nonetheless, she muses out loud, she’s certain that if she did do something like that, “you’d take me back, wouldn’t you, darling? You’d forgive me. After all, I’ve been nice, haven’t I, and I haven’t caused you too much trouble, and it’s really such a lot of money.” Then she looks directly into his face: “Silly, she said. Stop looking like that. You know I wouldn’t.” But of course she does.
If this were a genuine noir, at this point the woman would be seen as the femme fatale doing in the unsuspecting protagonist—and the reader’s spine would tingle with fear and excitement. But as it’s a work of emotional imagination, what’s memorable is the aloneness that these two inflict on each other.
The narrator realizes that the ball had been in his court. “I had simply to say that I did not want her to see him, or to accept his invitations,” he tells us, “and that I loved her, and that I was jealous.” But this he could not do: “I smiled; I pretended to approve, and pretended not to be alarmed…and inside me, a slow petrification spread.” After she leaves him for Howard, who, of course, never wanted just one night, he is surprised to find himself really suffering over his own part in this startling turn of events, concluding (rightly) that it was “my cowardice, my reluctance to declare myself, my habitual irony, myself in short as the years had made me,” that had been responsible for her flight.’

‘In Love is my favorite of the Hayes novels, the one that speaks most directly to me. I have read and reread this small book as though it were a poem rather than a fiction: not a description of experience but the thing itself. Hayes knows what it’s like to not feel, and to want to feel, and to not have the wherewithal to do it. What he knows he puts down on the page not through dialogue or plot turn but through a gripping tone of voice: “Here I am, the man in the hotel bar said to the pretty girl,” Hayes writes at the beginning of In Love, almost forty, with a small reputation, some money in the bank, a convenient address…this look on my face you think peculiar to me, my hand here on this table real enough, all of me real enough if one doesn’t look too closely.
Wherever this voice is going, the responsive reader thinks, I’m going with it.
The ability to make a tone of voice central to the work at hand is not common, but good writers often display it.’

‘The problem is that his people are looking for salvation in the wrong place. The men and women in the Hayes novels hang around each other as long as they do, making each other as miserable as they do, because one and all are persuaded that the next love affair (if not this one) will deliver them from their own unknowing selves, and when it doesn’t they retreat behind those ever-hardening exteriors that noir made such good use of, the ones that were really begging to be cracked open. If anything is essence-of-Hayes, it’s the capacity to make a metaphor out of that retreat and the plea implicit in it.’

The next love affair will deliver them from their own unknowing selves. I was reminded of the song ‘Jesus Alone’ by Nick Cave & The Bad Seeds:

It’s interesting to find out what the aloneness of the noir character – ‘alone as alone can be’ – has to offer, this answer to the European antihero.
What European antihero was Gornick thinking of? Biberkopf im ‘Berlin Alexanderplatz’? The characters of Kafka for whom failure is the closest thing they can come to the sensation of being alive? The almost always dangerous souls of Dostoevsky who know that it’s a crime to be alive but dying is not an option.

The American noir made the aloneness so irresistible by slightly sentimentalizing the aloneness, by romanticizing it, these heroes are knights without horses, without honor, without any other dream than making it to the next morning, chasing the buck and some flesh in between, they are up against a cruel and heartless society but they don’t dream of changing society. If anything, they want to be as heartless as the society that put them against the wall. Post-revolutionary prose.

This is the raging passion of the almost dying loner looking for an object, a project, another scheme that might by accident turn out to be something that almost resembles love.
Still attractive, still recognizable, still very much to the point.