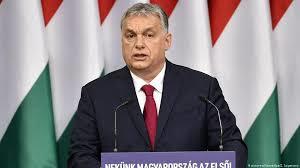 On decline – Anne Bagamery on Persuasion:

‘For the 15th consecutive year, democratic freedoms declined around the globe in 2020, worsening from Asia to Europe to North America, and affecting nearly three in four people across the planet. In India, a pattern of repression by Prime Minister Narendra Modi saw the world’s largest democracy downgraded from “free” to “partly free.” Elsewhere, regimes exploited Covid-19 to undermine opposition and threaten free discourse, while democracy movements suffered brutal crackdowns, from Venezuela to Guinea to Algeria.
“The long democratic recession is deepening,” the independent watchdog Freedom House said in an annual report, which evaluates 195 countries and 15 territories, citing 25 indicators of political rights and civil liberties to assign the status of “free,” “partly free,” or “not free.” The rise of authoritarianism last year, Freedom House said, was part of “a new global status quo in which acts of repression went unpunished and democracy’s advocates were increasingly isolated.”’

‘The ongoing deterioration is imperiling the reputation of democracy itself, the report said, as “enemies of freedom have pushed the false narrative that democracy is in decline because it is incapable of addressing people’s needs.” Rather, the report says, “democracy is in decline because its most prominent exemplars are not doing enough to protect it.” Those claiming the inferiority of democracy now go beyond countries such as China and Russia to include “antidemocratic actors within democratic states who see an opportunity to consolidate power,” such as in Poland, Hungary and Turkey.’

‘Conditions worsened during 2020 in places where repression has been building for years, including China, where continuing mistreatment of the Uyghur population has recently been declared a genocide by the United States; Syria, where persecution of religious and ethnic minorities persists; Turkey, with the consolidation of the autocratic rule of President Recep Tayyip Erdogan; Russia, where the Putin regime has escalated assaults on free speech and dissent; and Poland and Hungary, with the further concentration of power in the hands of nationalist governments.
Algeria, which was among those countries where protesters battled for change during the Arab Spring, regressed last year into new restrictions on mass gatherings and stepped-up arrests of pro-democracy activists. Belarus, where citizens rose up in August to dispute the results of a fraudulent election, saw the government cling to power; crackdowns and detentions continue there. And in countries such as Hungary, Cambodia and the Philippines, governments took advantage of the pandemic to enact emergency restrictions on free speech and free assembly that remained in force even after the public health situation improved.’

‘“Democracy today is beleaguered but not defeated,” the report concluded. “Its enduring popularity in a more hostile world and its perseverance after a devastating year are signals of resilience that bode well for the future of freedom.”’

The believers who believe that the pandemic is just a scheme in order to enslave mankind will point to places like Hungary, Cambodia and the Philippines to make their point. You see, martial law is the goal, the health crisis just a means to an end.

Governments could do better, especially in Europe, to counter these accusations.

But the future of freedom is less dark than some of us might believe. A relief.

Resilience, a way of slipping through the net.