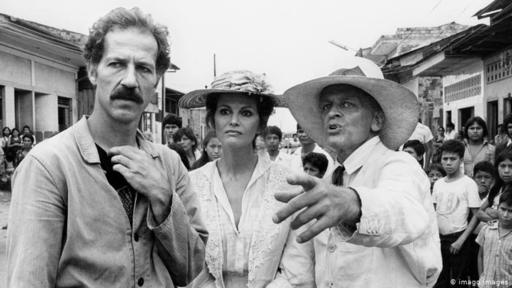 On skateboarding – in Harper’s readings:

From a conversation with Werner Herzog, conducted by Ian Michna for Jenkem, a skateboarding magazine.

‘ian michna: I wanted to ask you about physical feats because in an interview you said that what David Blaine does, where he holds his breath underwater for a long period of time, is not something you’re into. How is that different from ski jumping or flying or skateboarding?
herzog: David Blaine shouldn’t be trusted. His absurd quests are meant only for his own shining out.
ian michna: I’m curious what you think of this guy who skated in a museum?
herzog: Fine, why not?
ian michna: I’m curious, in skating there’s a camera that’s very popular. It’s a Sony cam. Have you fallen in love with a camera before?
herzog: No.
ian michna: Let’s say you were to shoot skateboarding. Let’s say you went to Venice Beach. What would the soundtrack be?
herzog: That’s a good question. What comes to mind first and foremost are Russian Orthodox church choirs.
ian michna: [Laughs]
herzog: What you are doing is bordering the sacred.
ian michna: Thank you. On behalf of us skaters, we consider you a skateboarder.
herzog: I accept.’

I had to look up David Blaine, but if anything, consider me a skateboarder as well.
Exactly that’s what I want as identity.

None of the above, the skateboarder who never skated.
That’s me.

On behalf of all the skateboarders I wish you well.