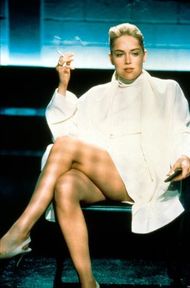 ‘In the modern blockbuster, as the film writer R.S. Benedict put it recently: “Everyone is beautiful. And yet, no one is horny.” Movie stars have never been so ripped and chiseled and godlike; they have to be, if they aspire to play a Marvel or DC superhero. But unlike the old Olympians, these gods rarely seem to have the hots for one another, and their movies mostly exist within the parameters of early adolescence, with little adult smoldering permitted. (Adam Driver did his best to break this mold in the recent “Star Wars” movies, but in vain.)
It isn’t just the adult rom-com that’s waned. Watching “Raya and the Last Dragon” with my kids last week, I realized that it was the fourth animated Disney movie in a row — following “Onward,” “Frozen II” and “Moana” — without a central love story. (“Frozen II” technically has a marriage-proposal story carried over from its predecessor, but it’s completely vestigial.)
A lot of different forces have marginalized movie sex and romance. The blockbuster industry has been bad for all kinds of adult movies, because it’s assumed that superhero fight scenes travel better internationally than more complex and culturally specific plots. Some of the audience for sexually themed stories — the people who used to line up for “Basic Instinct” or, more pretentiously, for sexy art-house fare — has migrated to cable and streaming services; some of that appetite has been sated and deadened by online porn.’

‘Either way, everyone should be rooting for the cinema of desire. For artistic reasons, yes — but also for the sake of the continuation of the human race.’

I’m a Ross Douthat fan, even though I might disagree with him fairly often. But a friend sent me a message about this particular column.

Yes, puritanism made a comeback, disguised as social activism.

It will disappear again, in two or five or seven years, or maybe even faster. But in general, it’s as nasty as the puritanism that streamed out of churches and other places of worship.
Civilization is also the fight against human desire, we should not take this fight too seriously.

I was intrigued by the ending of the column, Douthat acknowledges that the lack of desire might be a disaster for artistic reasons and for the continuation of the human race.

Evidently, new moralism is already a disaster for artistic reasons, purity first, quality later, but desire can fade away. We tend to forget this. Maybe it’s a taboo. I’m not sure if this implies that our reproductive capacities will become inutile.

Perhaps we have become too civilized to procreate.