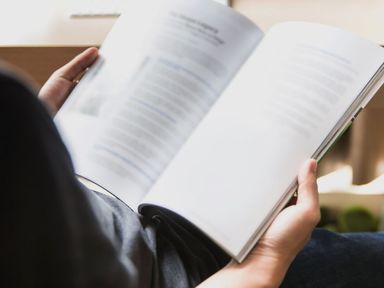 On hoaxes and grievances – Mikael Nilsson in Haaretz:

‘The scandal broke in The Wall Street Journal, two and a half years ago. Three self-described "left-leaning liberals" had fooled feminist and gender studies journals to accept a number of “absurd and horrific’” hoax papers for publication. One paper was billed as a rewrite of a chapter from Hitler’s "Mein Kampf," but using feminist theory.
Peter Boghossian, James Lindsay and Helen Pluckrose’s endeavors were praised in some quarters as an essential satire of fashionable jargon and theories, and a brave expose of academic journals’ openness to publishing "intellectually vacuous as well as morally troubling bullshit," as Yascha Mounk put it.
Others slammed the authors’ hoaxes as mean-spirited attacks on leftist scholarship; 11 of Boghossian’s Portland State colleagues described them as "fraudulent, time-wasting, anti-intellectual." When Boghossian’s university opened an ethics investigation against him, Jordan Peterson (of intellectual dark web infamy) declared only Boghossian’s critics could be accused of "academic misconduct" and not the philosophy professor himself.’

‘But did the trio really demonstrate that contemporary academia is receptive to an "intersectional 'Mein Kampf'"? What did the stunt actually prove? What were the underlying motivations of the hoaxers, and the conservative media stars who embraced them so eagerly? What light does this saga throw on today’s culture wars and the so-called "anti-wokeness" and cancel culture campaigns? Whom did the three writers really hoax?’

‘To excavate the controversy, and as a historian studying Hitler, and, I've chosen to drill down into one of the hoax articles: "Our Struggle is My Struggle: Solidarity Feminism as an Intersectional Reply to Neoliberal and Choice Feminism," the piece flagged by the WSJ as based on "Mein Kampf."
It was sent to the journal Feminist Theory but was rejected; it was accepted by Affilia: Journal of Women and Social Work in the fall of 2018, but never actually published. On The Rubin Report, James Lindsay airily hypothesized that it was "probably days away from actually being published when the WSJ broke their story."
Clearly, the idea that an article based on "Mein Kampf" could be published in a serious scientific journal is certainly an appalling prospect – and generates instinctive outrage. So let's dig a bit deeper: What does "based on 'Mein Kampf'" actually mean? First and foremost, the source material. The chapter the hoaxers chose, not by coincidence, one of the least ideological and racist parts of Hitler's book. Chapter 12, probably written in April/May 1925, deals with how the newly refounded NSDAP should rebuild as a party and amplify its program.
According to their own account, the writers took parts of the chapter and inserted feminist "buzzwords"; they "significantly changed" the "original wording and intent” of the text to make the paper "publishable and about feminism." An observant reader might ask: what could possibly remain of any Nazi content after that? But no one in the media, apparently, did.’

‘Perhaps Lindsay thought this was the winning ‘tell’ of the whole endeavor. But it resembles far more what philosopher Daniel Dennett calls "pseudo-profound bullshit": To the extent it is true, it is trivial – to the extent it is not trivial, it isn’t true. All politics is based on some form of grievances; that is why we engage in political struggles in the first place: to correct a perceived wrong in the world.
Ironically, the trio’s whole stunt was based on their grievances towards "intersectional feminism" and gender studies; so are their grievances also the same as Hitler’s? Of course not. Hitler’s grievances and feminist grievances are not the same, and it is absurd to claim that they are. They are fundamentally different in every possible way except for them being termed "grievances."’

‘When Inside Edition featured an experiment where a comedian read Hitler quotes to Trump supporters, who were told they were from his speeches - and most agreed with the statements. The prankster didn’t even tweak the quotes.
That didn’t demonstrate that Trump supporters were Nazis, but that people are naturally gullible and suggestable, and will accept a person’s framing (especially if it comes from an academic or a friendly journalist) unless they have strong reasons not to, or information that contradicts it. The same is true in this case; reviewers assume that their peers don’t brazenly lie and fabricate content for the sake of an ideological prank.
No, the campaigns against gender studies, the study of racism and "intersectional feminism," and the gleeful efforts to humiliate other academics has nothing to do with a wish to preserve the integrity of science; it is an ideological and political crusade against an entire field of science simply because of its connection to feminism, social justice, and the fight for equality. Don’t be fooled by it.’

Read the article here.
I largely agree, a few remarks and questions.
It’s very well possible that you will find sentences in Mein Kampf with which a reasonable person can agree. Actually, I read Mein Kampf, I reviewed a new Dutch translation two years ago or so, I know this is possible.
Jargon, especially jargon in academia, can be problematic, (the word ‘problematic’ itself is jargon I would say). Good satire should usually be applauded. The fight against (most) jargon is an honorable fight. The hoax might reveal something interesting about jargon. Which is to say: the people behind the hoax could have been smarter. Why use Hitler? Because Hitler is the red flag that incites the bull.
Yes, people are gullible. Scientists are gullible too.

And journalist and people in general should do better research. We are jumping to conclusions. Which is of course connected to our gullibility.

Most important: Is all politics about grievances? So, imagine a society where a large minority doesn’t have any grievances anymore, is their natural interest in politics gone?

And if all politics is about grievances doesn’t this imply that political parties and politicians have an interest in keeping grievances alive?

Also, the author of this article is not interested in the question whether there are communities based on more or less common grievances, and what the consequences of such communities are? I would say that we are deep in Carl Schmitt territory where the enemy is everything (no grievances without an enemy) and the fight against the enemy is our raison d’être.