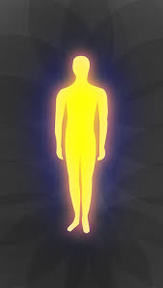 On the soul – Judith Wolfe in TLS:

‘But in recent decades, the Humanities have experienced a crisis similar to theology’s before them. To many now, the concept of a human soul – of the human virtues, sentiments, insights and traditions on which the humanities traditionally relied – seems as implausible and unnecessary as the concept of God itself. Arnold’s faith in humanity is experiencing its own Dover Beach moment.
In Search of the Soul is a philosophical ode to this ebbing faith, but it refuses to be elegiac: its impetus is a quiet confidence that a receding night tide returns at dawn. Although talk of the soul is complicated, John Cottingham is convinced that it is not only legitimate but ultimately unavoidable. His own contribution is to affirm the trustworthiness of the basic human experience of ensoulment, and to probe the metaphysical horizons within which it thrives.’

‘Cottingham’s warm and sinuous text opens these horizons without undue force, seeking consensus and posing questions he is not afraid to let stand. It is animated by an optimism which is infectious, but also conceals difficulties with his account even for those who accept his basic picture. Leaving aside some theological questions raised by the final chapter, human selfhood as Cottingham describes it strives towards an ideal of authenticity which is not only unrealistic but possibly incoherent, insofar as its goal is both one’s “best self” and one’s “truest self”. But to be good in Cottingham’s sense (which is to respond adequately to the normative claims of values and others) is always to give up being unique in Cottingham’s sense (which is to be true to one’s inmost desires). Neither is it clear that the latter is a coherent aim. Desires have the structural appearance of object-directedness, but nevertheless sometimes arise from causes unrelated to their apparent objects. That there is a difference between orientations of the soul and neural stimulus responses means not that every desire is a revelation of metaphysical depth and connectedness, but that the challenge we face is one of discernment rather than mere illusion. Discernment is never guaranteed: our deceivability is as indelible a mark of our humanity as our perspicuity.’

Indeed, best self and truest self are not necessarily the same.

We try to overcome our truest self, but we are not willing to give up the notion of authenticity, which might be an illusion that grows on the soil of technique, talent and training (the authenticity of the actor).
The authenticity of madness is not highly appreciated.

But any attempt to save the soul, especially outside the realm of religion, is applauded.