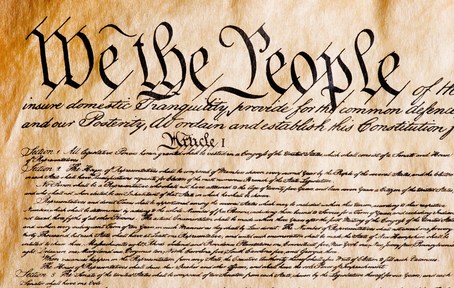 On dying for the constitution – Neal Ascherson in LRB:

“Written constitutions? ‘Because of where I came from, these documents seemed profoundly exotic.’ In spite of where she came from, which was England, Linda Colley became many years ago the first English intellectual to explain to her nation just how exotic ‘Britishness’ was. Now, with the same pioneering enthusiasm, she has produced a book about constitutions. Not the unwritten playground rules that supposedly guide the Anglo-British state, but those semi-sacred printed sheets of paper for which men and women in the outside world have been known to die.
The book comes at the right moment. Constitutional storms are massing over the old United Kingdom. One, of course, is territorial: the matter of Scottish secession and perhaps Irish reunion. Another approaching hard rain is less obvious but more dangerous. This is the accelerating offensive of the Westminster executive against its restraints: against rival centres of power in Brussels or Edinburgh, against plural interpretations of history, against law itself. Most British governments since Thatcher’s have sought to stamp out what they see as a spreading ‘European heresy’: the notion that supreme law should stand above parliaments, that judges in a democracy may reverse the will of an elected government if it violates a constitution.”

“Great Britain and then the UK had muddled rather successfully through the centuries without a written constitution. People sort of knew what was expected of them, and what was over the top. Why change that? The answer is: because our governments are growing lawless. A constitution is the ‘supreme law’ in most modern states, a justiciable statute to which political decisions – even democratic ones – are subordinate. Until recently, the notion of supreme law has been alien to England. But now these alien notions have built up into a rooted and ambitious immigration. Since the 1960s, government decisions have been taken to judicial review and reversed if they are held to be unlawful. Over the years, judicial review has gnawed countless moth-holes in the threadbare blanket of parliamentary sovereignty, resulting in the establishment of a Supreme Court and heading very discreetly towards something resembling a joined-up constitution. The counter-attack is fuelled by the growing arrogance and greed for power of the executive, which is now determined to avenge its humiliation by the Supreme Court in 2019 when it threw out Boris Johnson’s illegal attempt to prorogue Parliament. Suella Braverman, the attorney general, spoke for Johnson and many others in this Tory cabinet when she proclaimed that ‘we must take back control’ from the judiciary, that judges were ‘trespassing’ on ‘inherently political terrain’, and that ‘questions which fell hitherto exclusively within the prerogative of elected ministers have yielded to judicial activism.’”

“She is anything but uncritical about constitutions. They are ‘emphatically not innocent devices and never have been’, she writes. ‘From the outset ... written constitutions have been as much to do with enabling varieties of power as they have been with restricting power.’ Some were written to limit what a monarch could do; some to justify royal or imperial omnipotence. Many were the outcome of revolutions and codified freshly won rights and liberties, like the proud constitutions of newly independent nations. As the 19th century drew on, white colonists composed constitutions to make sure that ‘natives’ and slaves were locked out of citizenship and denied property rights. Colley shows that in the middle and later 19th century, constitutions actually narrowed rather than broadened their promise of rights. Not only property but racial qualifications became fashionable. So too did the exclusion of women from the franchise. This was partly a result of the spreading influence of Freemasonry in Europe and America, with its intense prejudice against female membership. But it happened elsewhere too. In Hawaii women were gradually evicted from political offices they had traditionally held, and in Japan the Meiji modernisers purged women from the bureaucracy. Already in 1810, women were excluded not just from the provisions for active citizenship in the much admired Cadiz constitution in Spain, but even from the debates leading to its formulation.
It’s a shame that the language of so many of these constitutions, progressive or repressive, is a tail-coated Victorian prose. Words that can still clutch the heart (‘In the name of God, and of the dead generations ...’) tend to belong to declarations of independence. Colley finds an exception in the opening of the 1787 American constitution. Its original draft began: ‘We the peoples of the states of New Hampshire, Massachusetts, Rhode Island,’ and so tediously on. But one of the youngest delegates to the drafting congress, the 25-year-old Gouverneur Morris, tweaked it so that it now read: ‘We, the People of the United States ...’ Colley points out that a united American nation, let alone a single ‘people’, didn’t yet exist. But with those sonorous words read and reprinted across the world, it suddenly did.”

“One of the virtues of this book is that it isn’t Eurocentric. The Polish constitution of 1791, which so much excited radicals and intellectuals in France and Britain, gets only a passing mention. Instead, Colley discusses the 1821 Plan de Iguala in Mexico, whose famous Twelfth Article overthrew racial (but not sexual) discrimination: ‘All the inhabitants of New Spain, without any distinction between Europeans, Africans or Indians,’ it held, ‘are citizens of this monarchy.’ And she finds a connection between the plan and the extraordinary Calcutta Journal, edited in those years by the radical English wanderer James Silk Buckingham and his friend Rammohan Roy, a high-caste Bengali intellectual who campaigned to reform Hinduism and attacked the ruling East India Company. Both men believed in the reforming power of written constitutions for India and republished the Plan de Iguala in their paper. It was translated and published all over the world, first in the United States and even, in 1821, by the Connaught Journal, which said that ‘Ireland would not now exhibit a scene of wretchedness and despair’ if that Twelfth Article had been available to Ireland’s excluded Catholic majority. In North America, Sequoyah composed a script for the Cherokee language, and in 1827 joined a group of activists to launch a Cherokee constitution on the grounds that they were an independent nation. But a few years later most of the Cherokee were driven off their lands in Georgia and into the wilderness, four thousand of them dying on the way. As Colley observes, this episode shows the link between access to print and constitution-making, but it also shows that stronger constitutions could kill weaker ones: ‘White Americans progressively used a web of written and printed constitutions to help forge, knit together, legitimise and broadcast to the world a vast transcontinental empire.’”

“War is the real keyword of this book. Again and again, Colley points to its conduct, its geographical extent and its costs as the most reliable stimulus for constitution-making. As the American sociologist Charles Tilly wrote, states make war and war makes states, and the collateral creativity of war has always impressed Colley. At the core of her path-breaking study Britons: Forging the Nation 1707-1837 (1992) was the proposal that ‘Britishness’ as a joint identity hung on three pegs: anti-Catholic prejudice, participation in empire, and war. As she wrote in that book, ‘We can plausibly regard Great Britain as an invented nation superimposed, if only for a while, onto much older alignments and loyalties. It was an invention forged above all by war.’ In this new book, she asserts over and over again that causal connections can be traced between warfare and the spread of written constitutions. Their proliferation, she complains, ‘has often been explained only by reference to the rise of democracy and the lure of certain (mainly Western) notions of constitutionalism. Focusing on the contribution made by recurrent episodes of armed violence provides for a more comprehensive and variegated view.’ As well as the revolutionary outbreaks in Corsica, the Americas, Haiti and elsewhere, attention should be paid ‘to how rising levels of warfare ... fed into more imaginative modes of constitutional activity in other sectors of the world’. Colley records the way that, starting in the 1750s, ‘widely distributed iconic texts and single document constitutions aimed at constraining governments, and promising a variety of rights’, multiplied until they became a ‘quantum surge’ after each of the 20th-century world wars. In another passage, she asks: ‘But why did responses to these war-related disturbances and shifts increasingly take the form of new written texts?’ I am not sure that this book, whose central purpose seems to have been to answer that question, quite does so.”

“It would have helped to be given at least one detailed example of the way the pressures of a specific war led to a constitution. Colley cites America’s 1787 constitution, which, she argues, was not intended primarily as ‘a blueprint of a liberal democratic society’ but was a ‘grimly necessary plan for a more effective and defendable union’ in the face of military threats from Britain, Spain and even Russia. Perhaps. On the other hand, Britain in 1815 emerged emaciated and simmering with unrest after three huge wars in a generation, but developed no written constitution. The best that can be said is that people start scribbling most frequently in stormy times, when the existing state of governance no longer carries conviction with subjects, rulers or both.”

“The ‘unconstitution’ has worked only because England’s ruling elites, out of decent self-interest, have never fully exploited its incredible lack of formal constraint on executive power. That convention is now ending, and the executive is pushing hard at its boundaries. What’s needed is not yet a constitution, but its preliminary, the recognition that governments must be subject to supreme law, ‘Lex Rex’, and that an agreed law of state must be written down. For that, Colley’s book provides the ink. So where is the pen?”

But indeed, the constitution is not an innocent text. There is a lot of discussion going on in the Netherlands about how the constitution might produce a better and more righteous society, and whether that country needs a constitutional court in order to protect society against the politicians i.e.the executive branch. But people tend to forget that such a court is not a miracle cream, and that judges might think differently than you do. And then: who is appointing the judges?

And for those of you, anywhere in the world, who hunger for a new constitution and just a constitution, a war might not be necessary, but it definitely helps.